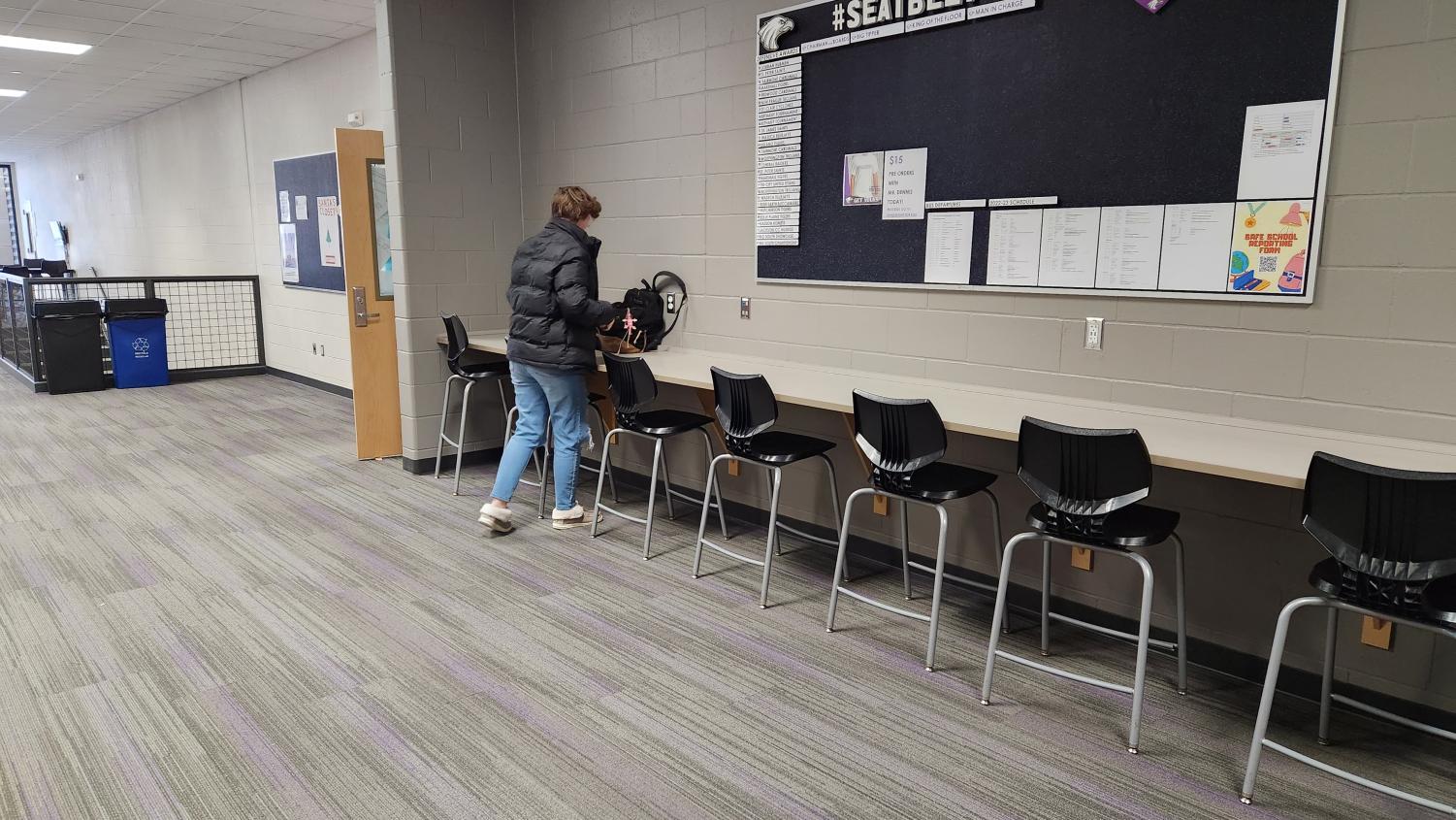 Ivan Neisen sets his backpack down to work on homework in the updated history wing.

Ivan Neisen sets his backpack down to work on homework in the updated history wing.

History wing gets a fresh coat of paint

There was a vote between the history teachers to see if it was time for a change.

Mr. Dennis feels strongly about the old orange color in the history wing. This was not a fond feeling. The history teachers, including Dennis, took a vote to see if it was time to change the right upper wings where all the history rooms are located. The poll ended up favoring grey, and then it got painted.

Mr. Dennis says that the orange was an unesthetic color with its vibrant color. Other history teachers felt a variety of opinions over the matter; it was pretty split between preferring grey, being neutral, and not giving an opinion, though not one history teacher that was interviewed said that they missed or liked the orange color.

When interviewing three students, they said they preferred orange over grey. In particular, Biana Prescott said, “It gave it a brightness, and now it’s just dead.” Her quote was used to describe the way the wall made her feel.

It’s up to people to make their own decisions about the color, but the fact is that it is now grey. Mr.Dennis can teach many years in peace with his grey-colored wall.