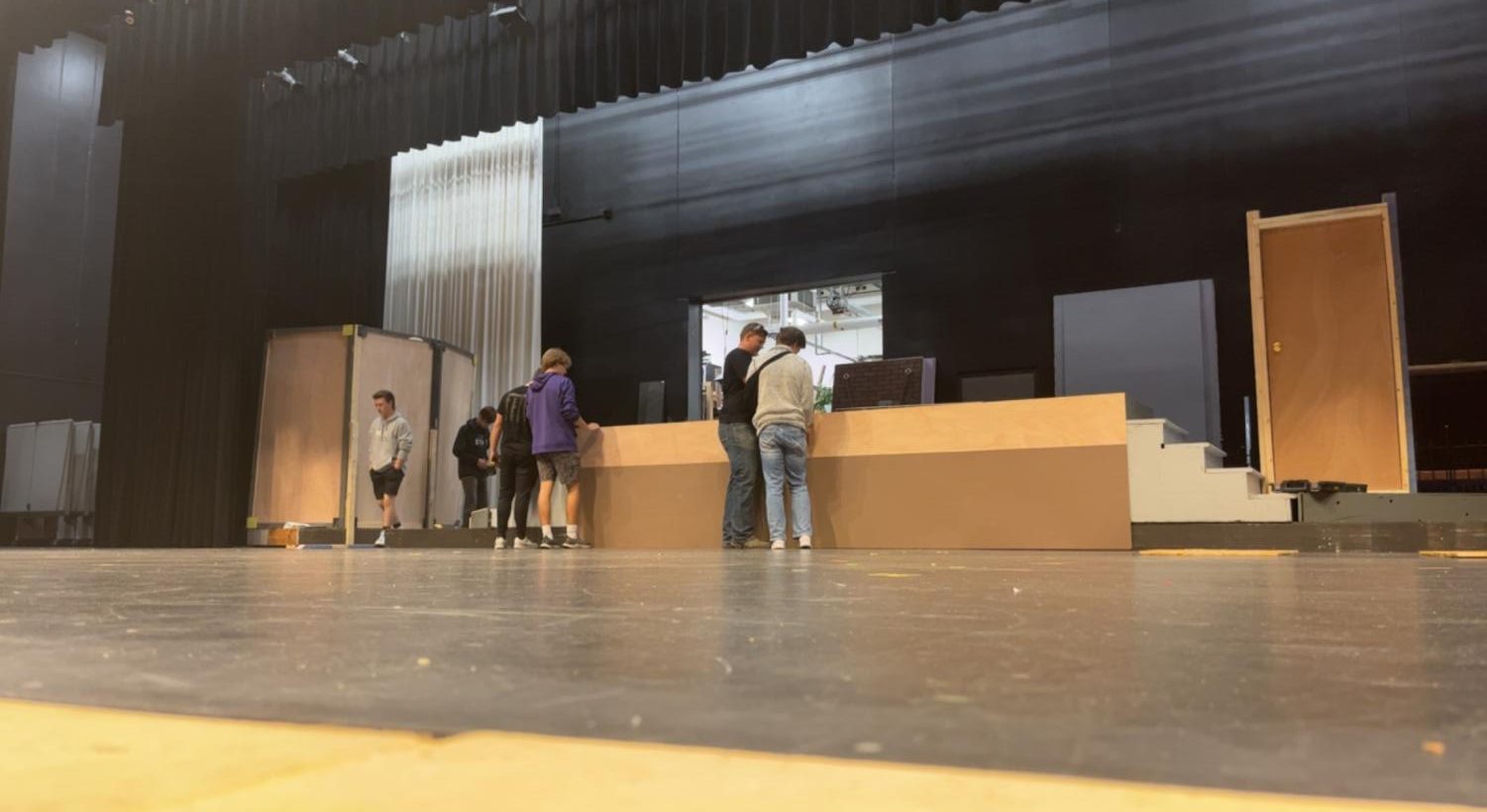 Behind the scenes of ‘The Addams Family’

Students at New Ulm High School have the option to partake in the English class Intro to Theater Tech Design,” which teaches different parts of theater production. The class started building  “The Addams Family” at the start of October and recently wrapped up building the set.

‘The Addams Family” production will take place in the middle of November. The signups for the musical started in late September, and rehearsals started in early October and will continue until the show dates.

“The Addams Family” set was built entirely by students participating in the play and students in Mrs. Cowles’ Intro to Theater class and with help from middle school science teacher Mr. Maudal. Students in the class were assigned groups where they had to make certain parts of the set.

When asked how she thought the production has been going so far, Cowles said, “The production this year is much more modern than other productions as it is a newer musical. It hasn’t been performed as much as other musicals, but it is a well-known concept which makes it exciting to perform.”

As the musical performance dates inch closer one might wonder if the production has run into any problems. “There haven’t been any problems, it has been smooth sailing!” Cowles said.

The school and community are all very excited to see how the latest NUHS production will play out and if it will live up to the hype.