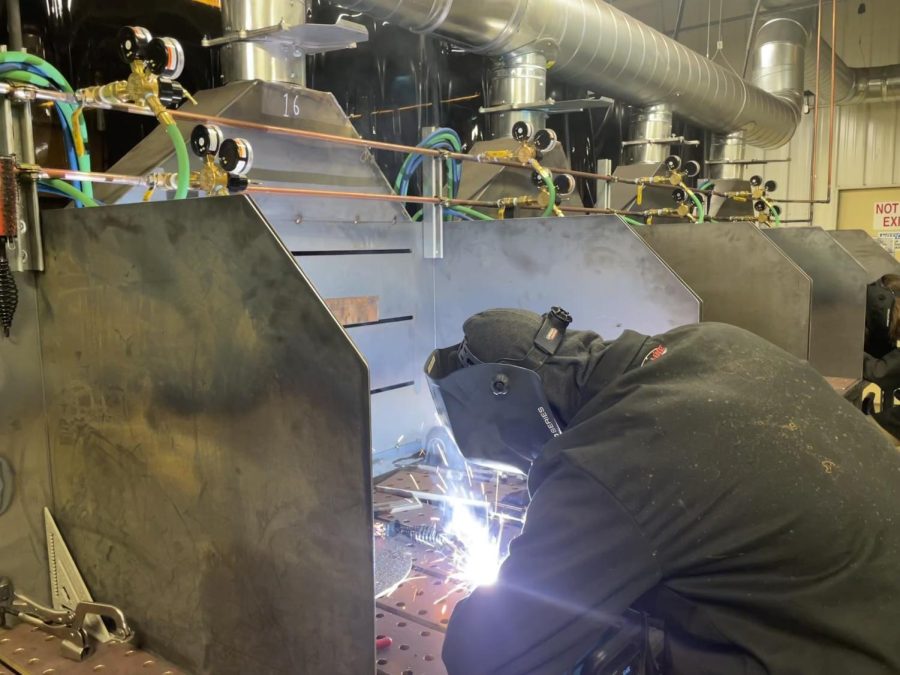 Students at New Ulm High School’s CTE Center are canvased in smoke due to the ventilation system not working properly.

CTE Center getting a little smokey

As New Ulm High School students participate in an advanced welding course, they practice stick welding. Although the CTE Center is a marvelous learning and working environment, students cannot learn if they can't breath clean air.

As students practice they’re welding skills, a harmful fume is produced during certain welding procedures that are common in the workforce. Short-term exposure to the fumes produced can cause nausea, dizziness, or even eye, nose, and throat irritation. To some students, this might not be an issue, but to a certain few, exposure to a thick layer of smoke in the air can affect their daily life.

Andrew Hellendrung, a student enrolled in the class, who also has asthma said, “I go home every day and blow my nose and black snot comes out, it’s not safe for my health and I think it’s equivalent to smoking. The thick smoke in the air makes it very hard for me to breathe, sometimes I have to step out and get some fresh air because I get so dizzy and light-headed.”

Several weeks ago, a parent of a child that is involved in the welding course reached out about the problem concerned about their child’s safety. Once the higher powers at the high school heard of this, they then took action. “We are putting in a new ventilation system but we are waiting for the cement platform to be put in the alley. All the new equipment is there and ready to be put in but the contractor has delayed the pour,” NUHS principal Bergmann said.

A few weeks later, hired contractors were finally able to tend to the needed slab and get it formed. As soon as the slab was poured, workers were at the sight, installing the new filtration system. Although the system on the outside only took days, the plumbing and vents are still not finished leaving the students in a harmful way by the fumes creates during welding.