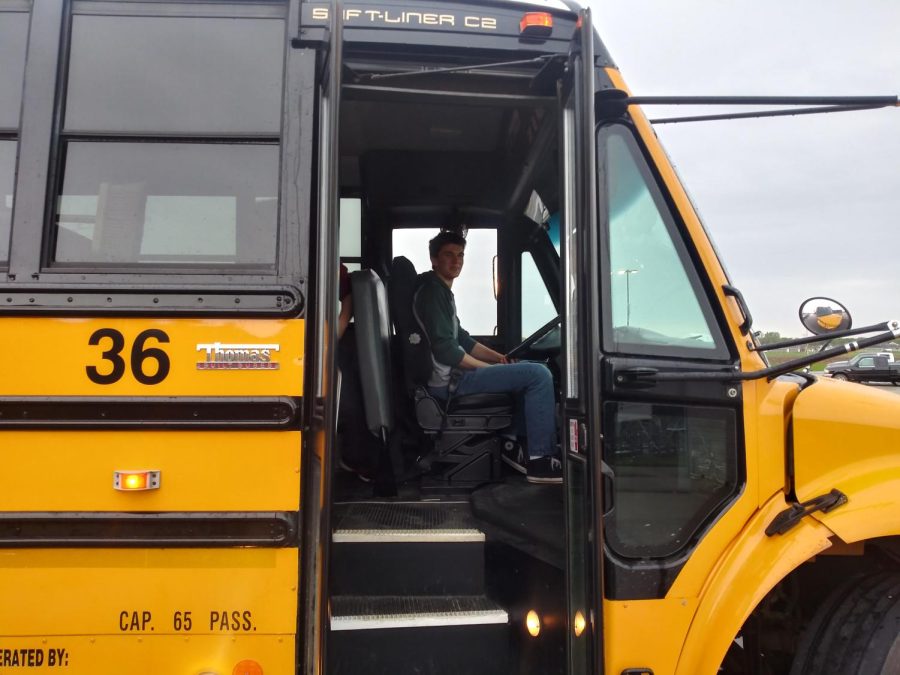 For an eighteen-year-old, it’s not unheard of to have a job, especially after graduating from high school. Many people work at Walmart or a fast-food restaurant, maybe even 3M, or a family business. For NUHS senior Jacob Furth, it’s none of those; instead, he drives buses, sometimes full of teachers and peers, for hours at a time. And he’s been doing it for about 7 months.

Furth worked at the bus company before he drove buses though, too. “I worked there freshman and sophomore year, cleaning the buses and company vehicles. Drove them around the lot, into the wash bay, and sometimes I even painted them,” Furth said.

Before he could drive buses, however, he had to pass a series of tests. Back in 2021 when Furth was training to drive the buses he could study from home. Now you have to pay for classes in order to be eligible to take the tests. “They gave me a big packet so I could study from home. So I did. Then I waited a few months before turning eighteen and then scheduled my four knowledge tests,” Furth said.

The four tests are air brakes, passenger buses, school buses, and general knowledge. After you pass those you get a CLP or commercial learner permit. “After I had gotten my CLP they scheduled my road test a few months out. I had to take my pre-trip right away, however. After my pre-trip they made me do parking tests, straight, backing in, and 90-degree backing,” Furth said.

Furth’s done many practice trips before actually driving around peers or teams. On his first-ever trip, he didn’t even drive. “I just rode with the New Ulm boys wrestling team. The next trip I drove the wrestling team to Fairmont,” Furth said. He’s also done trips for Cathedral over to Truman and the middle school boys baseball team to North Park.

The bus drivers get paid for the whole trip too, not just when they’re driving. “You get paid the entire time you’re gone, and most of the time company pays for your meals too. I remember one time we went to Pizza Ranch and my co-worker, Dale said not to worry about it and that it’s on the company. It’s 14 dollars an hour too, so it’s not bad pay at all. There might also be a two-hour minimum pay but I’m not sure about that,” Furth said.

When asked how Furth feels about having such an exotic job for an eighteen-year-old to have, he said that he generally enjoys it. “It’s kind of cool, I like driving around with my students, peers, and teachers. So it’s pretty fun, once you get used to driving a 40-50 feet long vehicle of course,” Furth said. He plans to continue to work with New Ulm Bus Lines as a summer job.