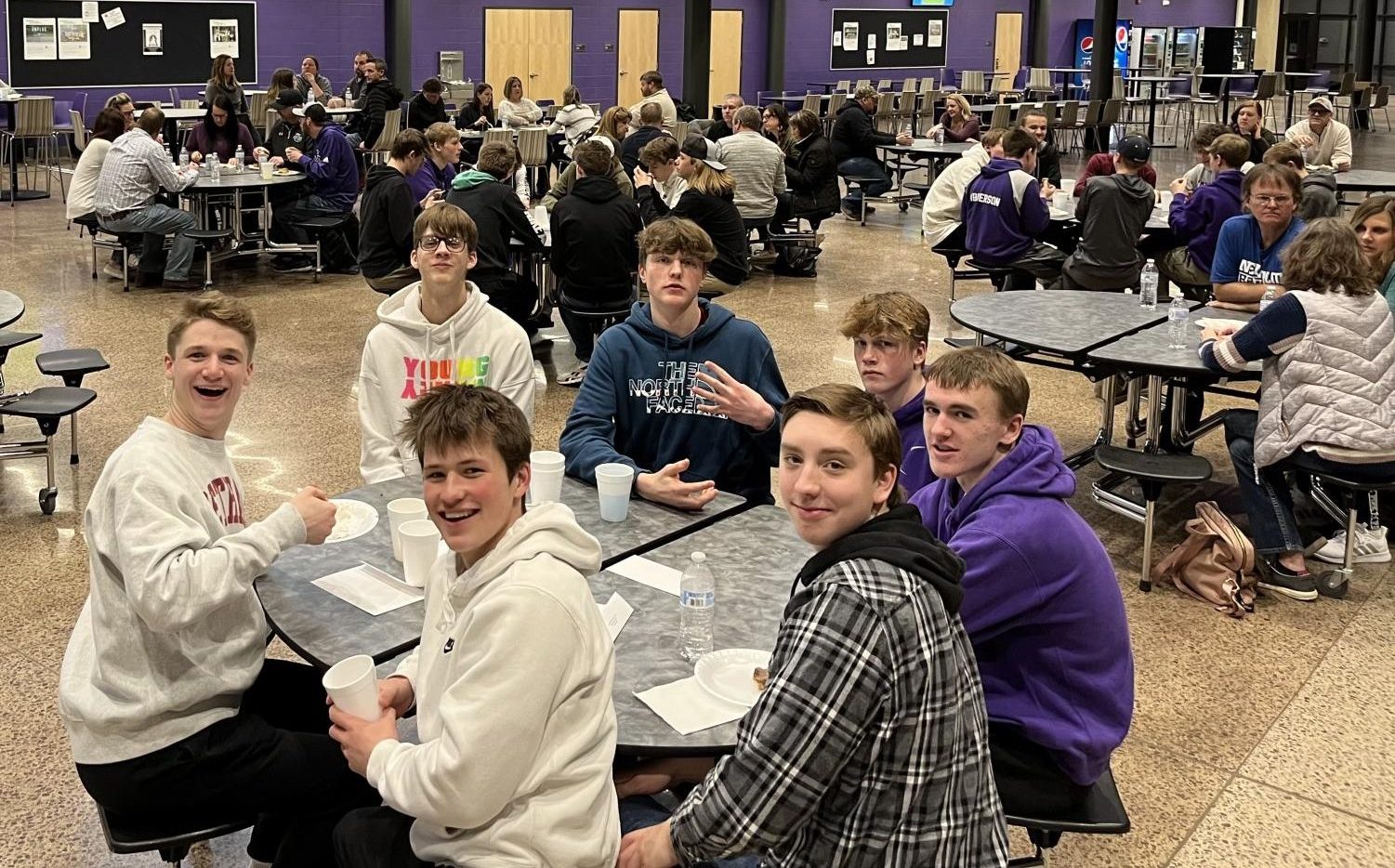 For the first time in 3 years, the New Ulm boys basketball got to gather following their season. They gathered and ate a potluck dinner while awards were presented to players from the varsity team through the c squad team.

In the previous 3 years, they have not been able to gather for a banquet due to covid. Senior leader Garrett Foley said, “It is nice to be able to have a banquet again after not being able to for so long, and hang out with my team one last time.” Multiple other players agreed with this statement and said they enjoyed the time they had at the banquet.

After everybody had finished eating, Coach Dennis got up front and began talking. First, he started by playing a slideshow he had put together of the different pictures that had been taken throughout the season. Then, he got up and started handing out awards. The awards that were handed out were called “paper plate awards.” These awards are given to every player, and they are voted on by their teammates. The award is the most likely to… For Example, Foley’s paper plate award said, “The most likely to hurt his ankle.” When I spoke to him about this he said, “I kinda saw this coming.”

The banquet concluded with Dennis wrapping up with the awards and saying, “I want to thank all the athletes and parents for all the contributions you made throughout the season.” Then he closed out the banquet by saying one of his favorite quotes: “Thank you all for dominating your role.”

All the players were also given a t-shirt designed by Chris Jensen, Ayden Jensen’s dad. When I talked to Jensen about how he got the idea for the t-shirt he said, “I saw other team’s parents wearing t-shirts like this, and I just thought if every other team does that it’d be cool to do it too.”