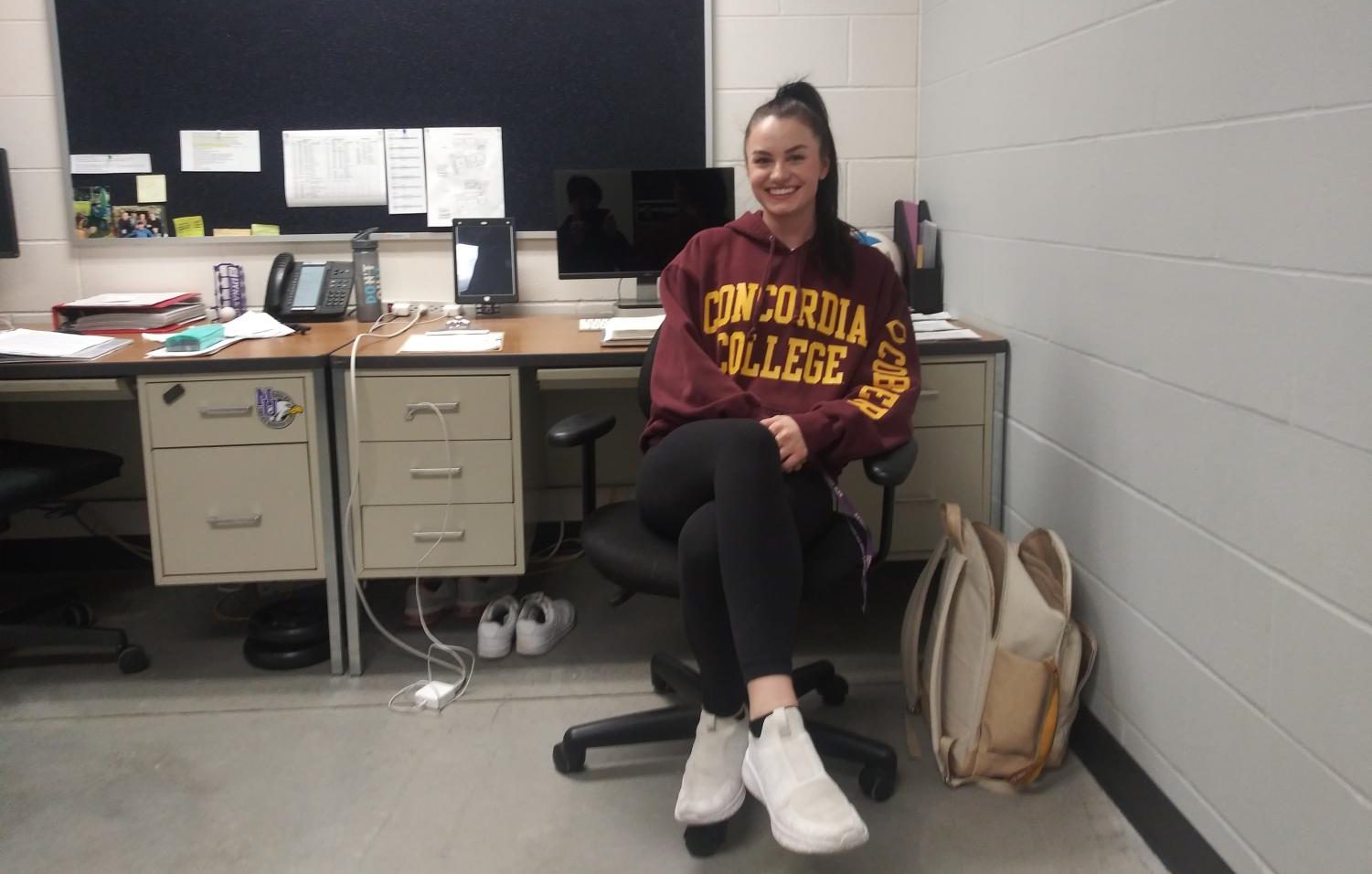 From student to teacher: Makenna Kluis returns to NUHS

Inspired by her father to give teaching a go, Kluis finds comfort in familiarity.

Everyone at some point in their life is confronted with the question, “What do I want to do with my life?”

Ms. Kluis, a new teacher at New Ulm High School, is going through that exact question as she takes the job of teaching Physical Education and Health. “After I graduated I wasn’t sure what I wanted as a job or where I wanted to live. I found a job in Rochester and then moved back here. It was rough because I’m still not sure what I want to do with my life,” Kluis said.

Kluis said that teaching in a school she’s familiar with has helped her be comfortable in this new environment, especially since she does not have a degree in teaching. “Returning to a school I know, I know the building, the administration, so there was a lot of comfort in that.”

Kluis’ father, who is a 5th-grade teacher in the same district, also had a role in her becoming a teacher, though not in the way one might think. “I was working at a job I didn’t like and was looking for a change. My dad reached out to me and asked if teaching was something I’d be interested in, and I said sure, why not, it’s something to get me out of Rochester,” Kluis said.

Ms. Kluis was a senior five years ago, making her five years apart from the seniors who are eighteen. This isn’t awkward for her even though it is only a five-year age gap. She feels that going through graduation and college brings a lot of life experiences and trying different things, so compared to those in high school it’s pretty different.

Kluis also said that being close in age has helped and slightly hindered her teaching. “I feel I can relate to the students a lot and make friends, but at the same time, I remember I’m twenty-three and need to be a teacher as well,” Kluis said.

The current unit in health class is drugs like vaping and tobacco and the effects they have on your body. “I sat in that seat 5 years ago as well so I do understand what’s going on,” Kluis said. She also feels that because she is so close in age to her students that they feel more comfortable asking difficult questions and have more involvement in discussions.

Ms. Kluis plans on leaving New Ulm High School after teaching this year and still isn’t sure exactly what she wants to do. “I plan on moving out of Minnesota within the next six months. I’ll move to either Arizona or Texas. As for a job, not positive, potentially grad school but I’m still trying to figure it out,” she said.

Wherever she goes and whatever she ends up doing, New Ulm High School wishes her the best in her future endeavors.