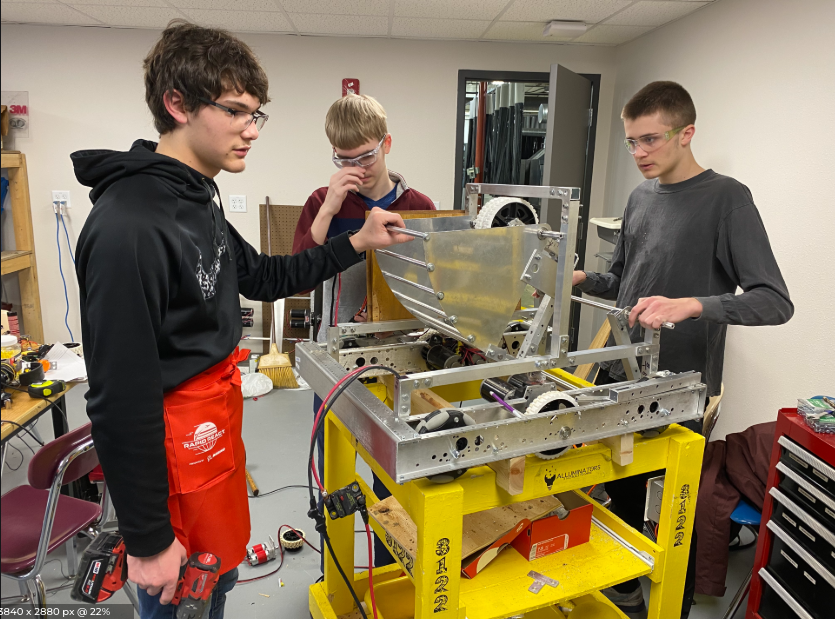 (left to right)Wylliam Roberts, Brandon Wyffles and Mitchell Schotzko working on the Robot

(left to right)Wylliam Roberts, Brandon Wyffles and Mitchell Schotzko working on the Robot

The struggles of creating a functioning robot are evident at the CTE center, but the Alluminator’s current design is gaining the critical ability to target its shots autonomously.

“I just hope I can get the robot to shoot on its own in time,” said Wylliam Roberts, the lead programmer. “Persistence is key when it won’t work, Why won’t it work!?” says Brandon Wyffles, the secondary programmer. “Our main struggle now is just getting the intake working,” said Mitchel, the lead designer. The robot will have the capability to collect balls from the game field and fire them at a target.