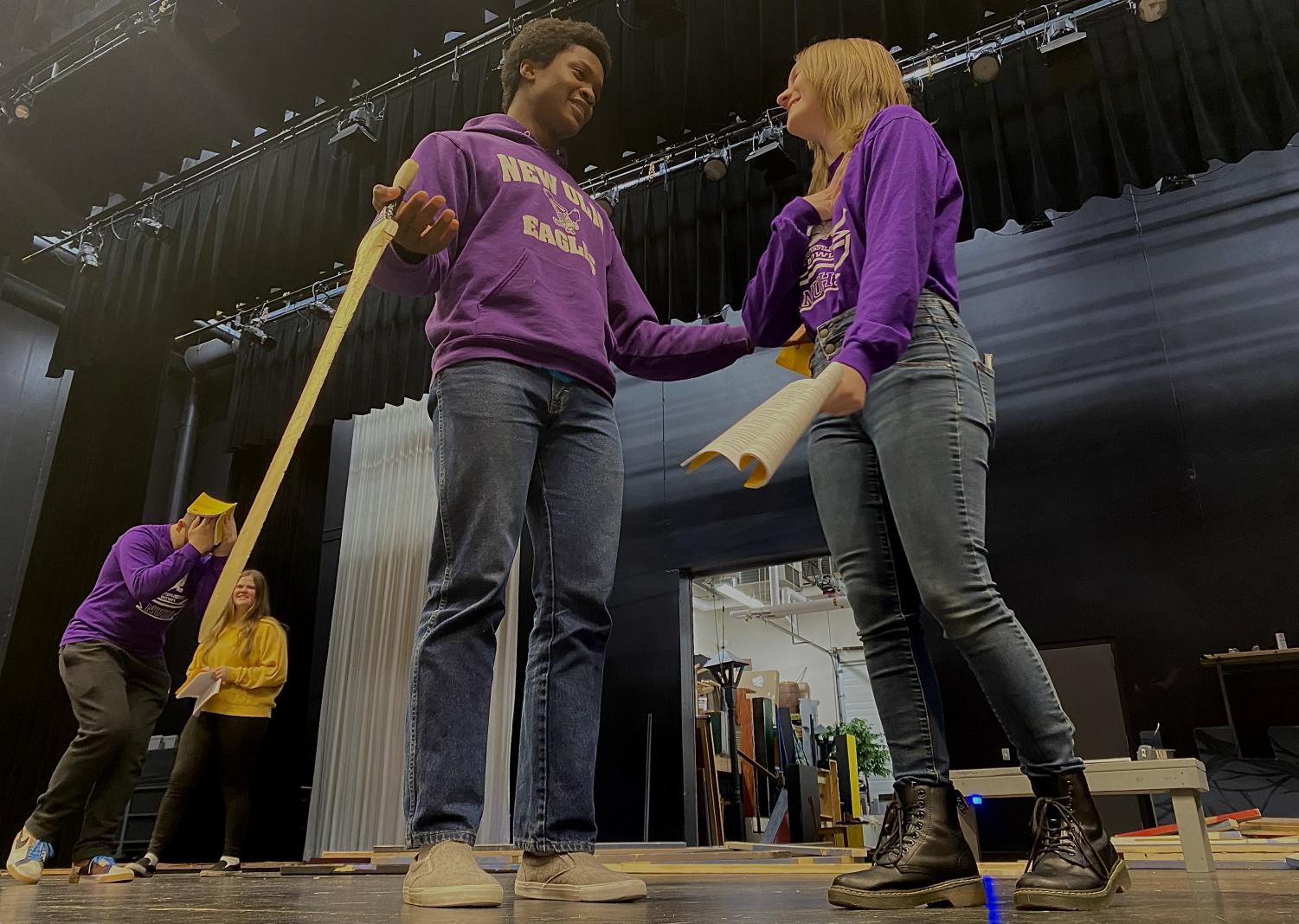 Senior Marcarious Amoah and Junior Josie Ringhofer acting out a scene between their characters: Prince Charming and Cinderella. (Alex Vigil)

Senior Marcarious Amoah and Junior Josie Ringhofer acting out a scene between their characters: Prince Charming and Cinderella.

NUHS Spring play in the works!

The body count mounts when the blood and gore of Game Thrones meets the magical world of Disney Princesses.

This spring, Game of Tiaras takes the stage at NUHS. Directed by Carissa Cowles, this hilarious tragedy combines the magical world of Disney Princesses with the gut-wrenching plot twists of Game of Thrones. “I picked Game of Tiaras because I thought it was hilarious and the cast would really enjoy performing it,” Cowles said. 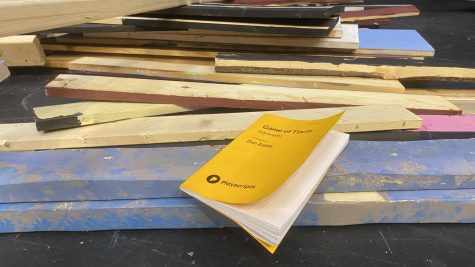 The show consists of 45 students between the cast and the crew. In the past, shows have had smaller casts, but after the Fall musical “Bye Bye Birdie,” more students have been interested in theatre.

“It’s been a good challenge to work with so many people. It’s been great getting to know everyone and learning how to be a better director in the process,” Cowles said.