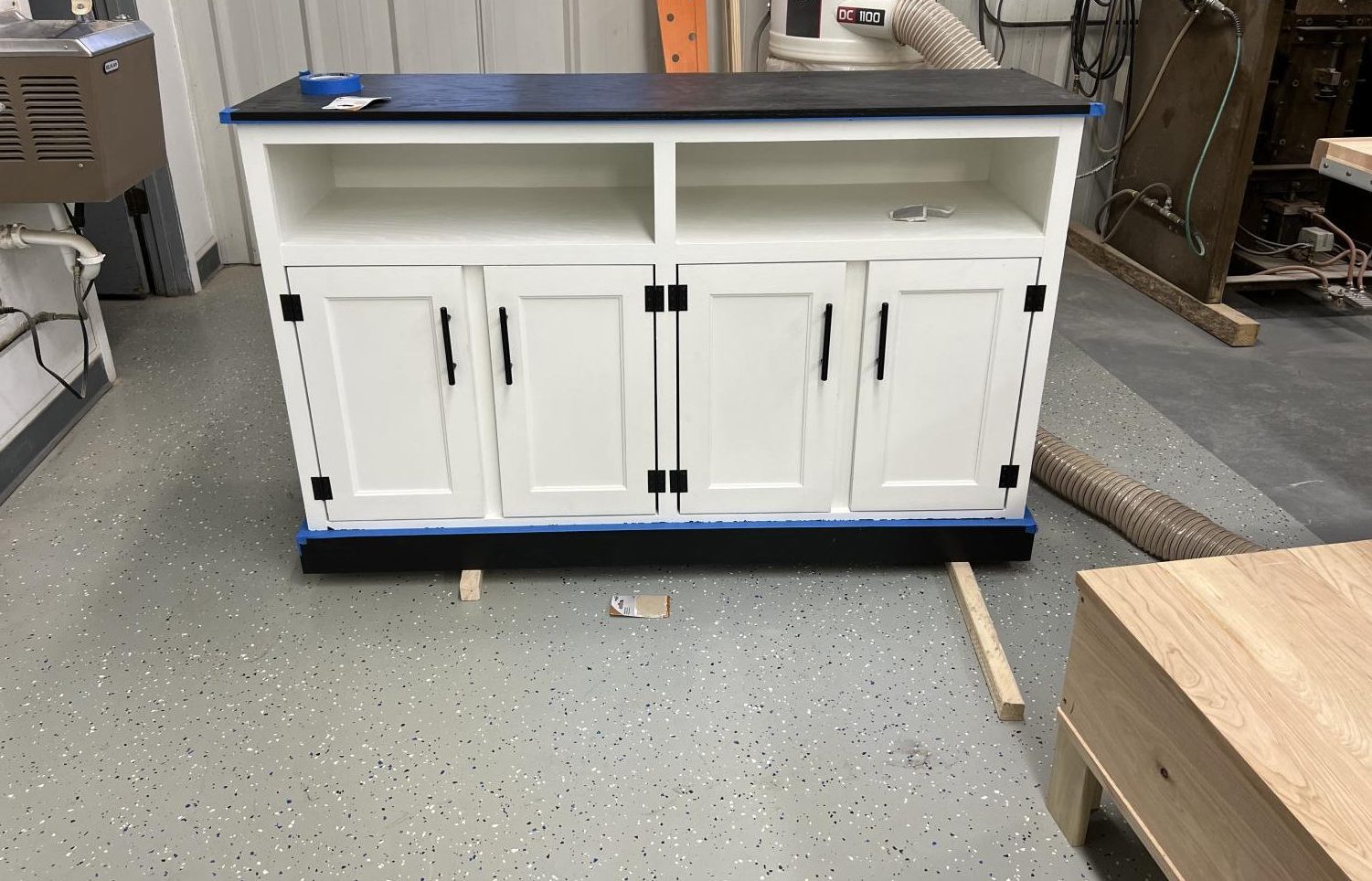 One of the seniors finished advance woods project.

One of the seniors finished advance woods project.

Will advance woods finish their projects?

Advance woods cutting down to the wire. Students racing to complete their projects.

It’s the first day of school and your brain is all over the place. You don’t know what you want to make because you are just amazed about walking into the new CTE building. Nothing is put together in the building. Then the teachers have a meeting with everyone saying we can’t go in and we have to put everything together.

The first couple of weeks down at the CTE center students weren’t allowed in the building because there was no building inspector. Mr.Briggs and Mr. Johnson allowed the students to put together rolling tool chests, tool kits, drain tables, and more.

After a slow and steady start to the school year, the classes started to move into their designated areas such as the woodshop, metals/welding, and small engines/automotive. After all of the hard work setting up everything that was at the facility the classes began. With the official start of the courses at the CTE center, many of the students were excited to use much of the new equipment for many types of projects.

With any class comes a subject that is learned through the course of the year. The focus of the advanced woods class found out they would be working to learn more about cabinetry. Briggs said, “I love this class because I get to see the students create and design their projects, and see the progression that is made during the semester.”

Before we got to building the projects students picked, there were projects Briggs made us do. The first project was an edge grain cutting board, then it was a cube inside a cube inside a cube, next to the cabinet doors and lastly, it was a joint box. These projects took about 12 weeks before we could start the final projects that were chosen by the students.

Senior Landon Beck decided to make a gun cabinet. He cut out all the pieces of his project but left it at that until the week before winter break. His project is coming along pretty quickly. Beck said, “I am impressed with how fast we are building this, Briggs has been helping me out for the last 2 days.” With how fast his project is going along it is surprising people how quickly it’s getting built. Senior Carter Lang said, “This is probably the quickest gun cabinet ever made.” Then Briggs said, “I think not,” and that had the class laughing.

Landon stapling the back of his gun cabinet

Senior Tyler Sondag is building two nightstands. He also started his project late due to the fact that he was helping Briggs put together the new cabinet we got in class. The new cabinets that were delivered were ruined during transportation This project is being made out of maple. He wanted to create these nightstands because “his mom told him to create them.” His mom thought it would be useful in the future.