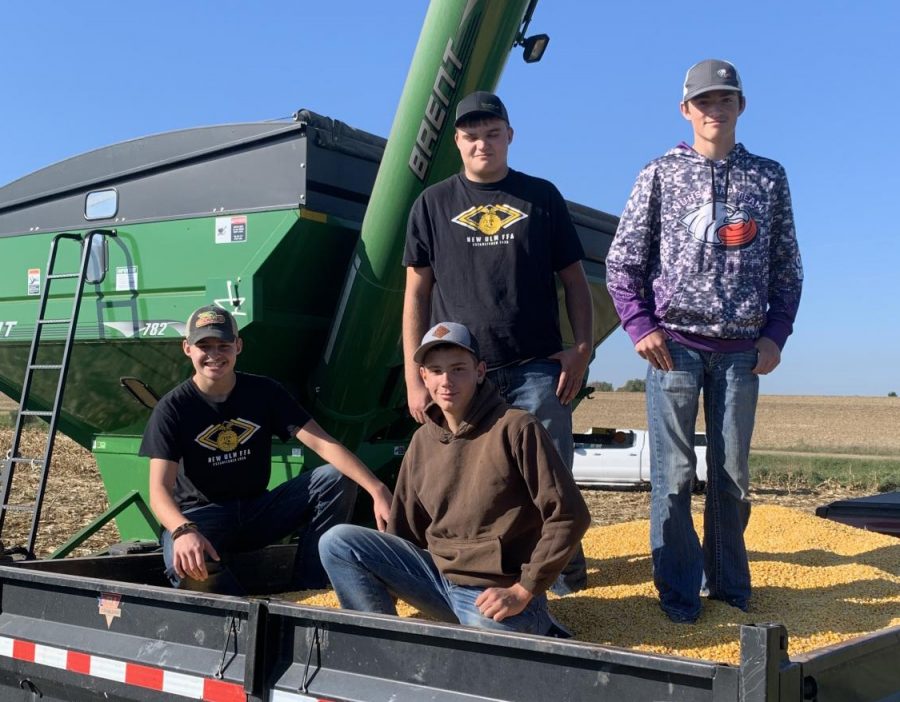 FFA members pose on top of just some of the corn donated for the corn drive.

The Future Farmers of America has another successful year of the Corn Drive.

On Oct. 5, students from New Ulm High School worked to raise money for a charity group called “Camp True Friends.” These students are part of FFA, or the Future Farmers of America, a student group led by teachers Jeff Nelson and Kelsey Brandt. This charity event, called the “Corn Drive,” is a yearly fundraiser the group puts on for Camp True Friends, a summer camp that aims to provide life-changing experiences that enhance independence and self-esteem for children and adults with disabilities.

When looking back at the history of the charity event, FFA Treasurer Tyler Sondag estimates that the event likely began as early as the mid-1930s. The reason why the event has lasted so long is that it “helps donate money to people with disabilities so that they can have more positive interactions and experiences that they may not have otherwise had,” Sondag said.

On the day of the event, more than 70 FFA members drove around to more than 150 farms in southwestern MN to ask farmers if they would like to donate either money or corn to their cause. Any money given is directly donated, along with funds gained from selling any corn they are given as well. This year they managed to collect over $27,000, almost $10,000 more than the last year they did the drive. The money gained will be directly given to Camp True Friends, and will greatly help the charity group to keep doing what they do.