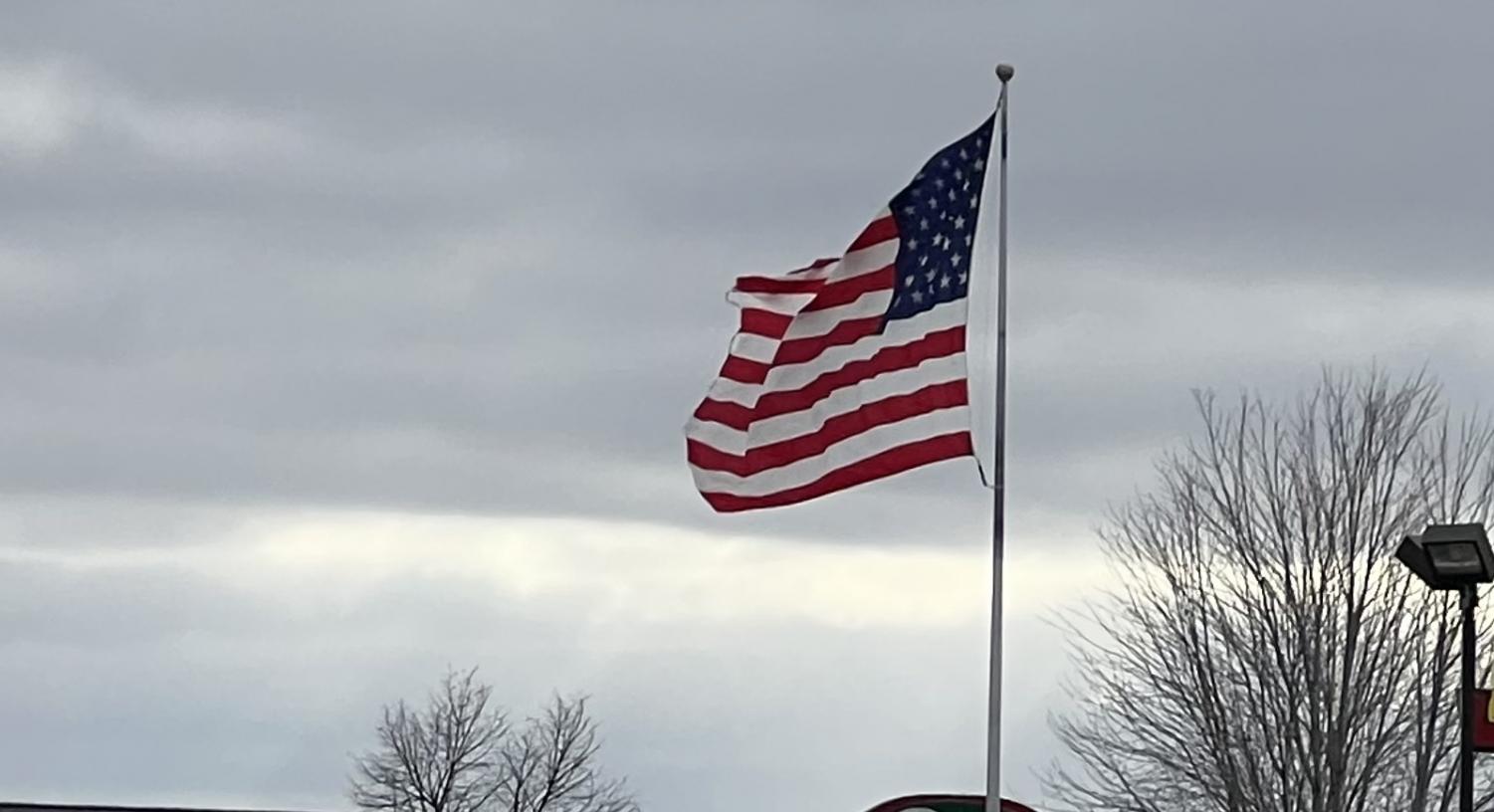 Flag flying in the wind

History of Veterans day and people that support this country.

Bullets flying, bombs exploding, tanks rolling, grey skies – Nov 11 marks the date when Germany and the Allies signed a 1918 agreement to end World War I.  They stopped firing on the “11th hour on the 11 day on the 11 month” causing it to be Veterans Day.

The purpose of this day is to remember what happened that day, but also to celebrate our American veterans for patriotism and willingness to serve and sacrifice for our country. It’s not just to celebrate the people who were in WWI, but anyone that has served or people that are serving for us right now.

Senior Aaron Hauser decided to fly his flag on this special day. He has always supported veterans and people that are currently serving right now. This is because his father Dywane Hauser use to serve this country and then his sister Nicole Agnes was in basic training.

Hauser said, “I wanted to fly my flag to show my appreciation towards all them that have served and are currently severing.”

Senior Gavin Keim is currently enrolled in the army. At this point, he does training every other weekend for a couple of months. After he graduates he wants to be a part of a diesel mechanic crew in the army.

He has always supported his veterans because his brother Cody Keim and his mother Tracy Lynn served before him. Some of his other family members have been in the army as well, but he just wants to show his appreciation for this country.

Keim said, “The army fits me well because it helps me to keep on pushing myself to the limits.” Here were just a couple of people that want to show their respect for this country, but also someone that is going to serve us.

The reason why WWI started was a young Siberian patriot shot and killed Archduke Franz Ferdinand. The Siberian patriot was one of the supporters of the Kindom of Siberian and then within a month, the Austrian army invaded Siberia.

This caused military alliances to form throughout Europe. Soon after that, the whole continent of Europe was involved in the war. Europe had plenty of nations that had a lot of colonies around the world. Finally, soon after that WWI become a global conflict.