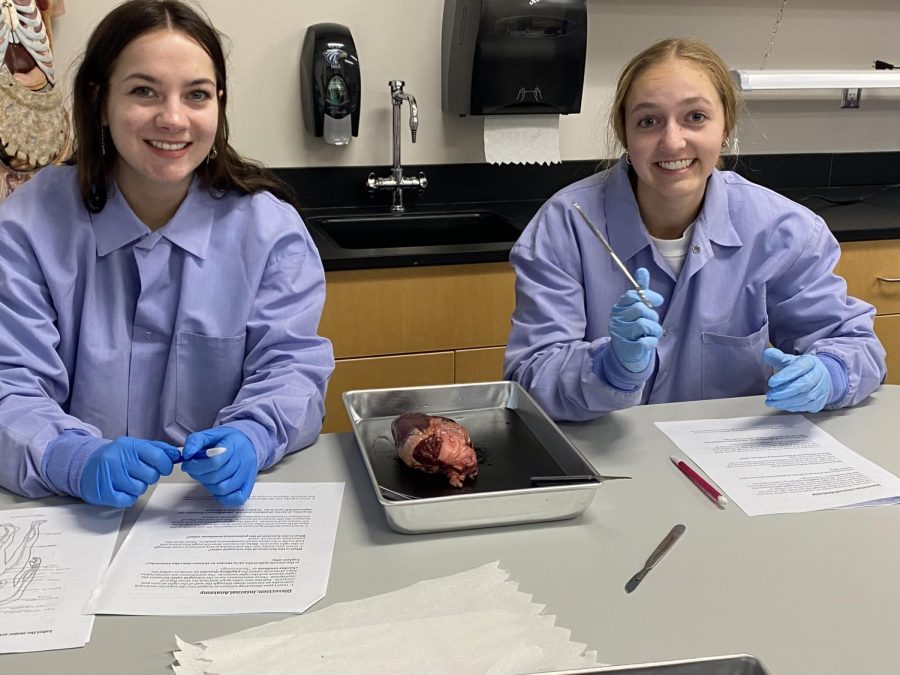 Anatomy students learn about the heart

In Matthew Nelson’s human anatomy class he starts off the day’s lab by having his students line up with their trays. From a sink in his classroom, he pulls out hearts from plastic bags and places a heart on each student’s tray. Some of the students wrinkle their noses in disgust and some look at the heart with pure fascination.

Once the students receive their hearts, they spend the class learning about parts of the heart including the atria, ventricles, and valves. Kirsten Dennis said that she “thought it was cool to actually see what the heart looked inside instead of looking at a regular old diagram.”