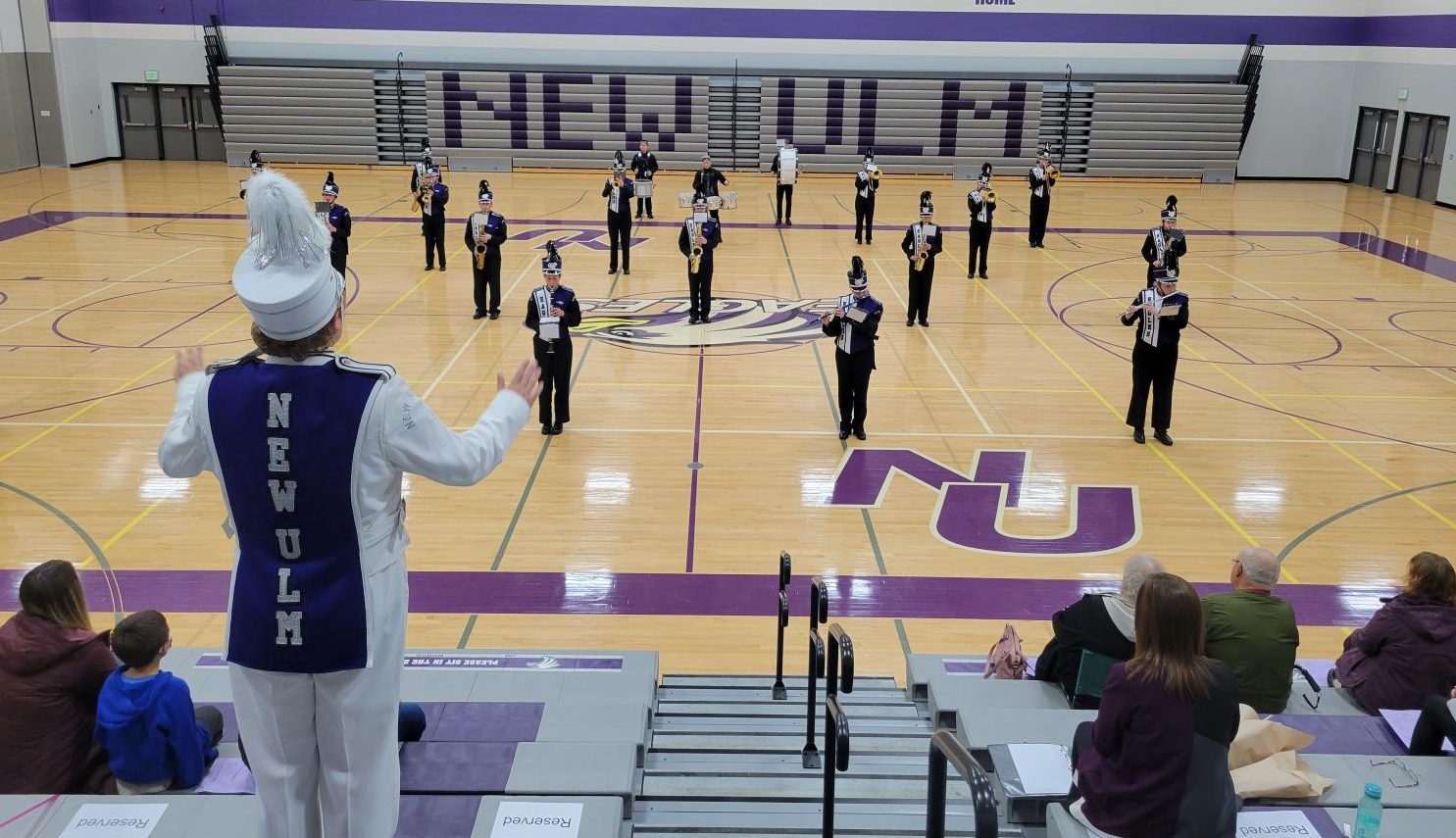 The New Ulm Marching Band at their concert on Monday night. (Katie Hames)

The New Ulm Marching Band at their concert on Monday night.

Marching into the Concert

The New Ulm High School Band performed their last indoor marching show of the season. On Monday night, the marching eagles took the floor and performed 13 different songs. For every new song they performed, they also created a form on the floor. Each section of the band helped choose a song and formation for the show.

When asked about the performance, band director Jessica Koehler said, “We had an awesome time performing tonight! We spent a lot of time creating our show and listening to input from each other. We had fun playing our upbeat music for everyone in attendance. The students did a great job and should be proud of their hard work and performance!”

The Marching Band took time to honor the 3 seniors, Jenna Ebert, Malia Emerson, and Alexis Petersen (not pictured).  The seniors performed in the middle of a circle, while the rest of the band walked around them.

Jenna Ebert said, “I was very impressed by our performance; we pulled everything together to perform at our last marching band show.” Ebert is one of 3 seniors honored Monday night.  She has been playing the trombone in band since 5th grade. After high school, she plans on participating in her college’s marching band.

Malia Emerson is the second senior honored, she has been playing percussion in band for eight years. She plays the drum set, quads, bells, timpani, snare drum, and auxiliary. Emerson does not have plans to play in college.

Alexis Petersen is the last senior honored. She has been playing band for 5 years. Peterson plays piano and alto sax.  She is also self-taught in the uke, kimbabla, and violin.  She does not plan on playing in college.

While this was the last marching band performance of the season, you still have another chance to see the NUHS band in action at their winter concert on December 13th, 2021, at 7 o’clock pm. 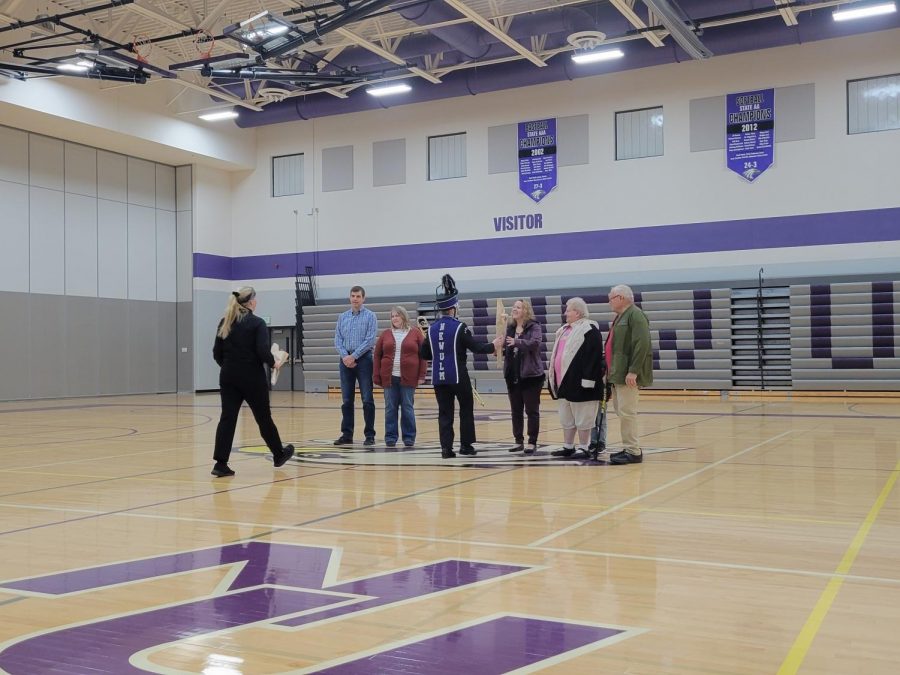 Gallery|3 Photos
The seniors present their parents with candy and flowers.
Leave a Comment