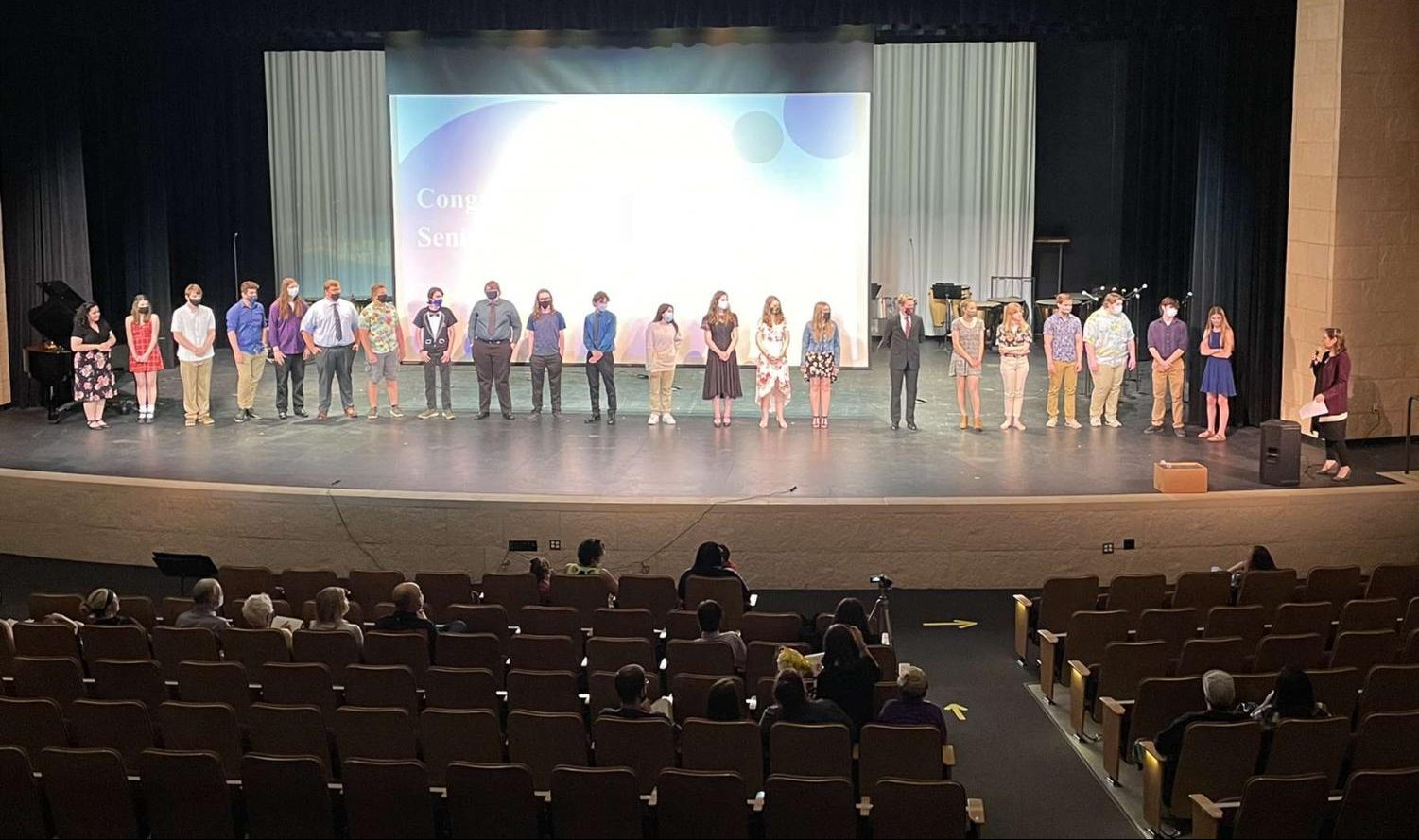 New Ulm High School band and choir seniors stand as they get nominated for music awards. These include their dedication and involvement with their high school music careers (Jaysys Gentz)

New Ulm High School band and choir seniors stand as they get nominated for music awards. These include their dedication and involvement with their high school music careers

The Scottish music comes and fills the auditorium with rhythm and passion as music floods the ears of those who listen to this high school band. The band was the first to play at the concert Monday night. They came in strong with a senior chosen song called ¨Loch Lomond¨. This is a Scottish song about two soldiers that talk about their imprisonment in the army.  The next song was a mix-up of songs from James Bond, they had two soloists that includes Will Larson and Jaysys Gentz. Some songs from this include the ¨James Bond theme¨, ¨Skyfall¨, and ¨Live or Let Die¨. Harlem Nocture was played after with saxophone soloist Alexa Johnson. This was a very jazzy song and was a heavy solo carried song that Alexa played very well. The last song Koehler, the music director, mentioned was ¨Mandolorian¨. ¨It comes from the hit Disney+ show Mandalorian itself, part of the star wars series,¨ Koehler explains to the crowd. As the song ends the audience claps and the band leaves the stage. The Audience is left with the passion and feelings the band gave them like hope, happiness, and love.