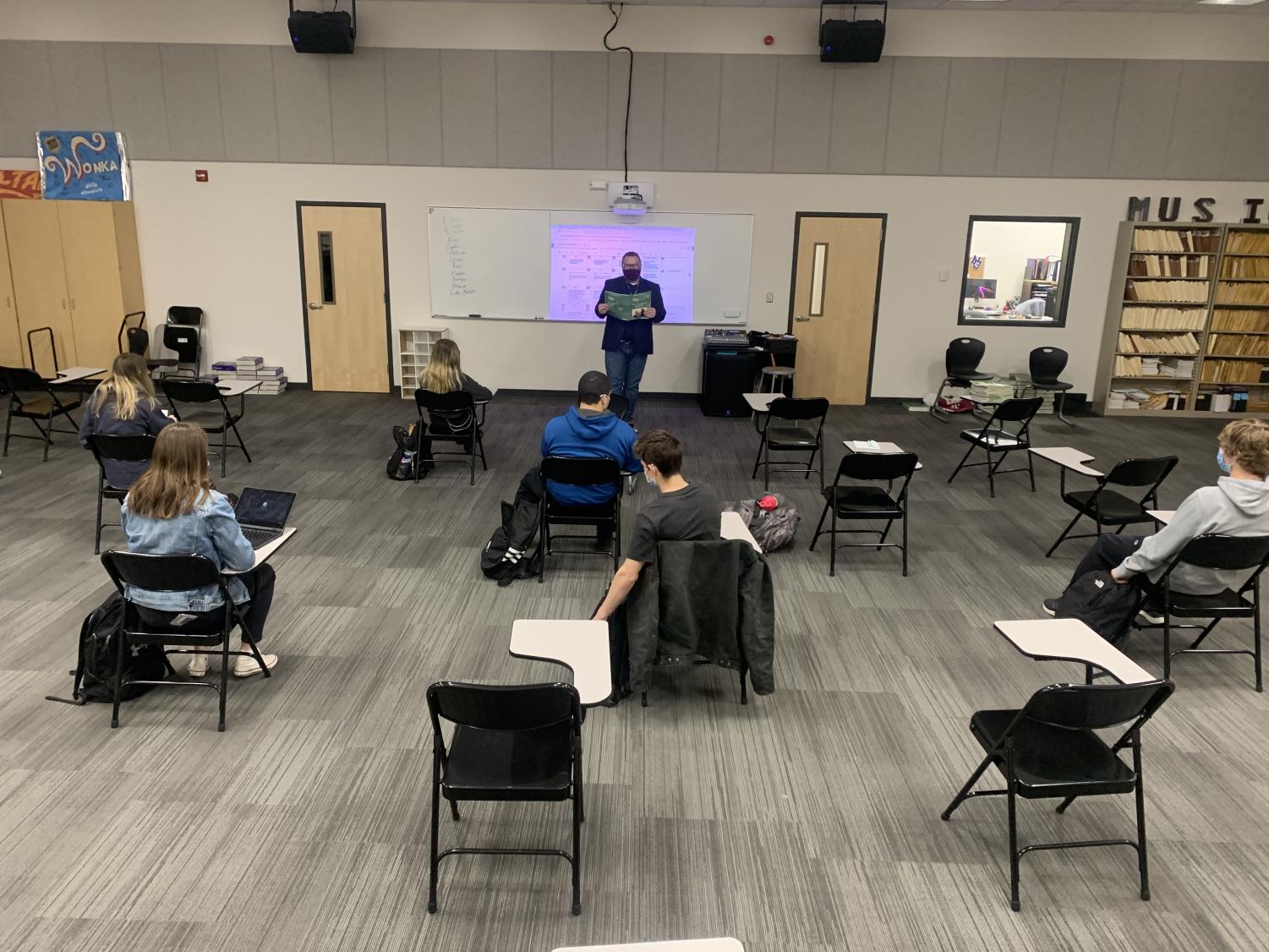 Mr. Skar And His Musical Past

An interview with Mr. Skar about his interesting past with theater and musical arts

Throughout Mr. Skar’s professional career, he has been in over 40 productions and directed over 20. I had the opportunity to interview Mr. Skar and learn about his past with theater. Fun fact, he once played Juliet in Shakespeare’s R&J and also dressed up as a pirate at Sea World. In this article, I will be walking you through some of his past productions that he has both directed and been in.

Mr. Skar has taught at 5 different high schools across the country including schools in Texas and Chicago. He began his teaching career when he realized he didn’t like the business of acting, so he began substitute teaching at his first school in Illinois. He still had not let go of his love for theater which is what pushed him to become a full-time theater teacher. He says one of his favorite things about teaching theater is that it allows him to be laid back and more supportive.

Mr. Skar says that the coolest place he’s performed at was a small theater in Orlando, Florida. It was the first production that he was paid to be in. “It was just really cool to get a check for doing theater,” he said. He also got to perform at Sea World, which was harder than he expected with the heavy costume. He says his favorite production that he directed was Into The Woods, a story about the adventures of a baker and his wife, Cinderella, and Jack and the Beanstalk. His favorite production that he acted in was called Shakespeares R&J, a production about catholic schoolboys that find a script of Romeo and Juliet and they play the roles. In this production, he played Benvolio and a few other roles, but his main role was Juliet. He says he enjoyed playing as Juliet because of her humor and witt.

Mr. Skar’s experience with theater has given him many great stories to tell. I highly recommend taking a class with him if you have the opportunity, I assure you, you will not regret it.