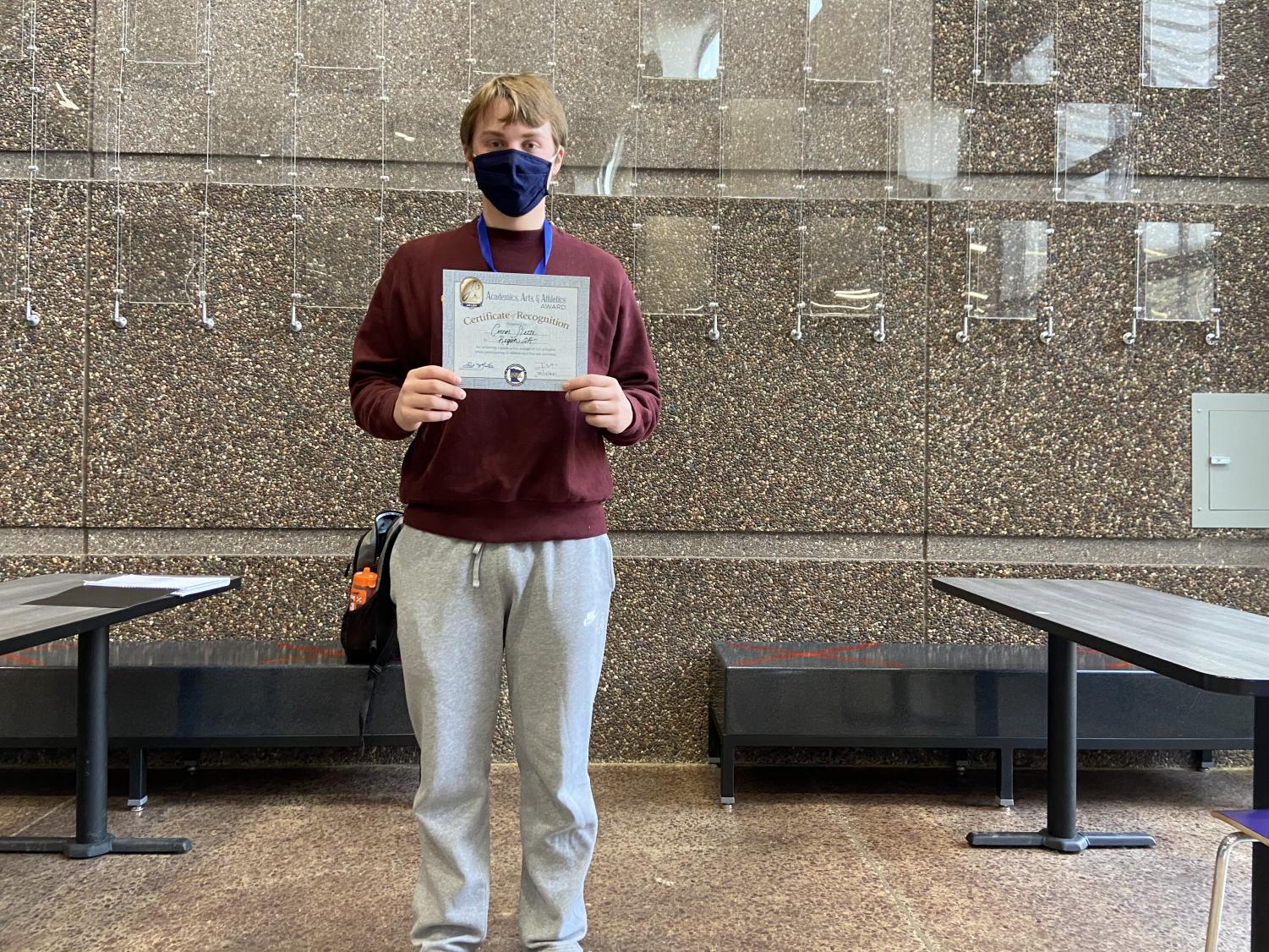 During the last week of February, New Ulm senior, Connor Slette, was nominated to receive the Triple-A award for Academics, Arts, and Athletics. Slette’s nomination will be considered for a possible state winner later in March.

The Academics, Arts, and Athletics Award, often named the Triple-A, honors high school seniors throughout the state who have a 3.0 or higher GPA, who participate in state athletic programs and participate in a fine arts activity. The selection process of winning this award is a long, multi-leveled process that involves the League, the League’s administrative regions, and a special committee of educators, business leaders, and fine arts communities.

Connor Slette, a Senior, was only one of eight other Minnesota students to receive this award. To be nominated for this award, Slette competes in three different sport; football, basketball, and baseball. Academically, Slette is a member of the National Honor Society, Student Council, and is on the Knowledge Bowl team. For Fine Arts, Slette is in the band as a percussionist, he sings in the choir and has acted in the school musical. When asked about winning Connor stated, “I’m thrilled to win the award. Winning the regional Triple-A award was my biggest goal in high school and seeing it come true makes all the tedious hours of studying and practicing worth it. The state winner will be announced on March 22nd and I’m anxious for the results.”

Two award finishers, from each region, will be invited to a banquet in March and that is where the winners will be announced. All 32 participants will be recognized at a ceremony during the Class AA championship game Boys Basketball State Tournament. The winners selected will also receive a four-year $1,000 scholarship.

Post high school, Slette plans on going to the University of Minnesota in the Twin Cities and attend the College of Biological Science. At his time in college, Connor plans on becoming a doctor and was thinking about orthopedics. However, Slette says he is uncertain on what field he would like to go into though.