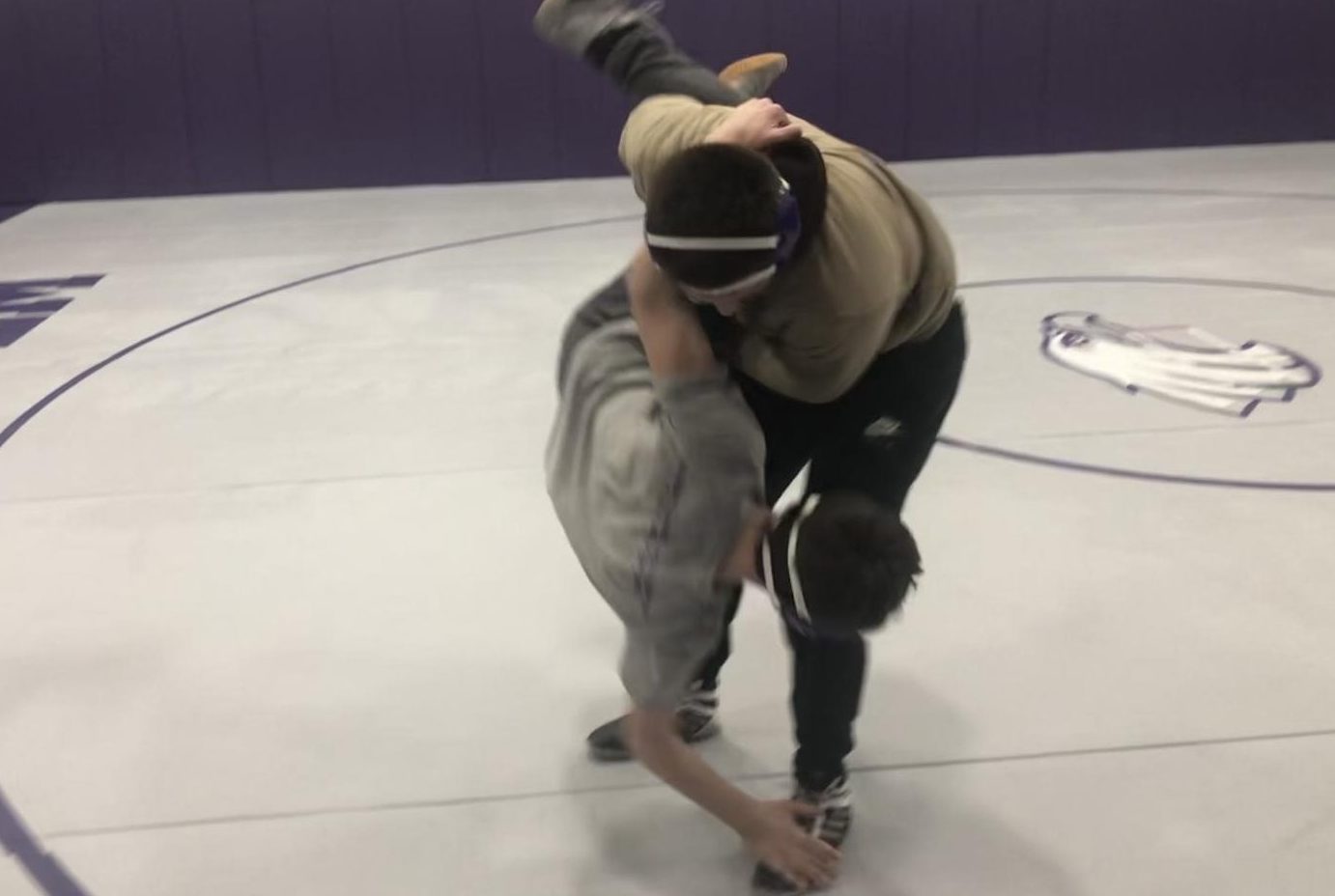 Dylen Carreon takes down another wrestler in practice

Dylen Carreon takes down another wrestler in practice

Quarantine, the word most of us students do not want to hear. For some New Ulm wrestlers, however, this is actually the best word they’ve heard. Seniors Cole Ranweiler and Caleb Arndt are taking a different approach to staying healthy for their season.  They are quarantining for the rest of the season to maintain their eligibility, so they do not take any risks like having to sit out for 2 weeks and miss the end of their senior season. In a season where both of these seniors could make a run to state, the last thing they would want is to have to sit out for two weeks and miss that opportunity for something they have worked so hard for.

The threat of losing the back end of their season became very surreal when the boys’ basketball team was all forced to quarantine. Seeing a team lose two weeks of the season like that was very concerning for them so they wanted to do something before it was too late. Senior wrestler Caleb Arndt said, “This is the last chance for them to make a run at state and they do not want to miss that opportunity when it is right there for them.”  The Eagles wrestling team is coming off two wins in their last triangular. In that, they had faced MAHACA and Alexandria and handled both teams very well.

Sections are starting up next week for wrestling. This means that the quarantine is almost up for those select few who decided to stay home. One of the biggest challenges is really off the mats for them as completing online school is not the easiest thing for everyone. Even though they still have to worry about their opponents the biggest one is probably COVID.

The two seniors who are quarantining right now already have a lot of experience. This should just be a small bump in the road for them considering how long they have been facing tough competition. Cole has already made state before so he knows how to get there, and Caleb wrestled varsity in 7th grade already so they both are experienced. This season by far will be the most interesting for them as it has included hurdles that no one ever has had to get over. We hope to see them back in school and hopefully at State as well!