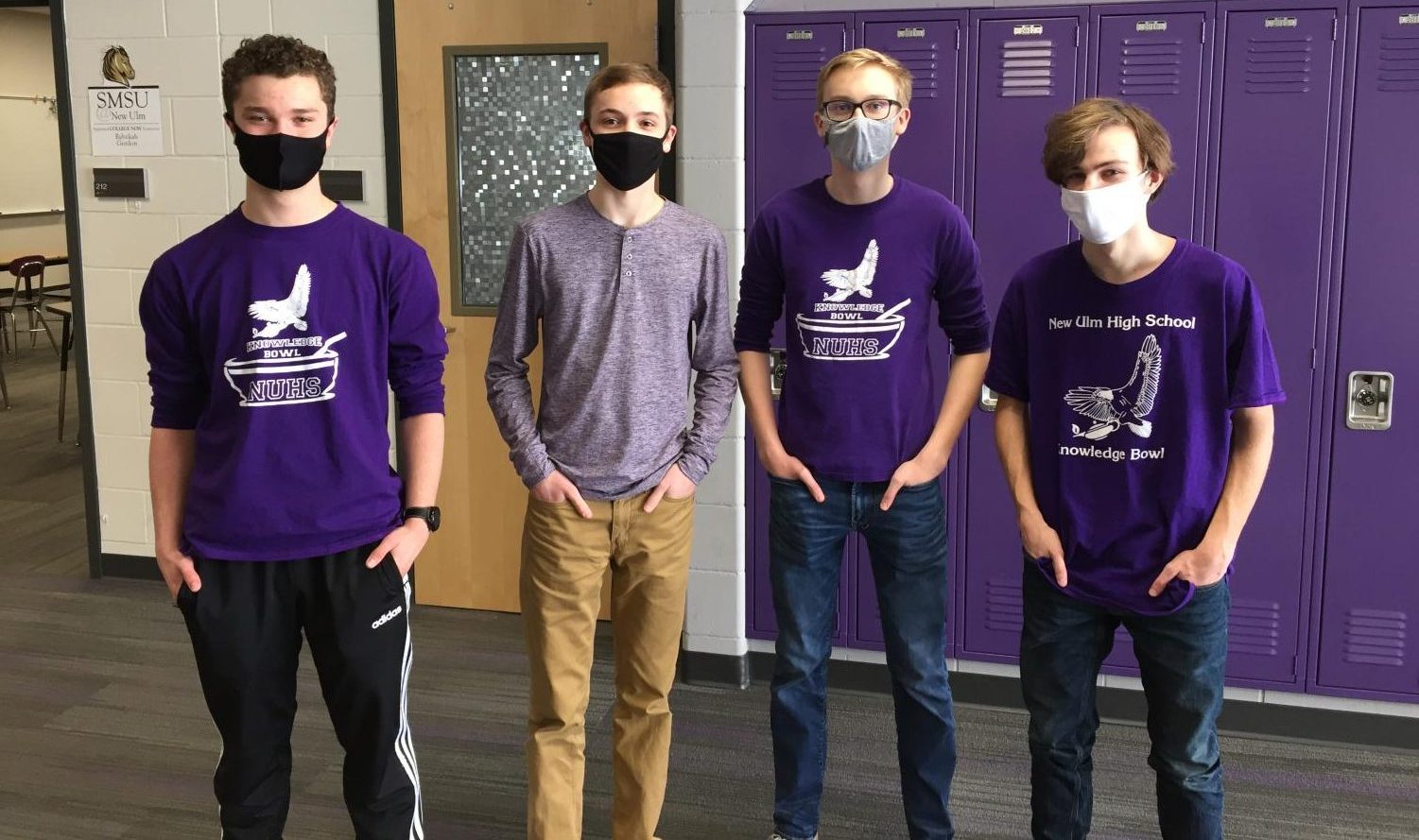 The scoop on state knowledge bowl

What did the first vending machines in the early 1880’s dispense? While this question might stump some people, NU purple member Griffin Marti would say, “That’s obvious, postcards”. After a season worth of trivial pursuits against the teams of our region New Ulm purple earn their way back into state for another year.

Usually the state knowledge bowl meet happens at Cragun’s Resort, which is a huge lakeside resort. Wednesday night there is a banquet to announce the teams competing and highlighting the students who have been returning for their second third or fourth year at state. After the banquet, there is a written round that tests where the teams will be placed for the first round. The written round is a sixty-question test that is filled with a variety of trivia ranging from geography to math problems in German. Thursday morning they have three oral rounds, which are like verbally asked trivia question where you get fifteen seconds to come up with an answer as a team. Then after lunch there are two more oral rounds, followed by an award ceremonies were they hand out awards to the teams that place.

This year will be online so New Ulm’s region will all be at Hosanna Lutheran Church through the use of the program discord. It will have the same density of  rounds as the usual state meet, but only take place the one day. But with guidance from the state Betty, our region’s leader, will try and have a meal for the kids and had out gift bags as an appreciate for how they handled the changes of Knowledge bowl this year.

All the changes have been tough for the knowledge bowlers this season while they are still excited. Mr. Bute summed up the situation pretty well when he said, “It’s not near as exciting or fun but it’s still being able to do it.”