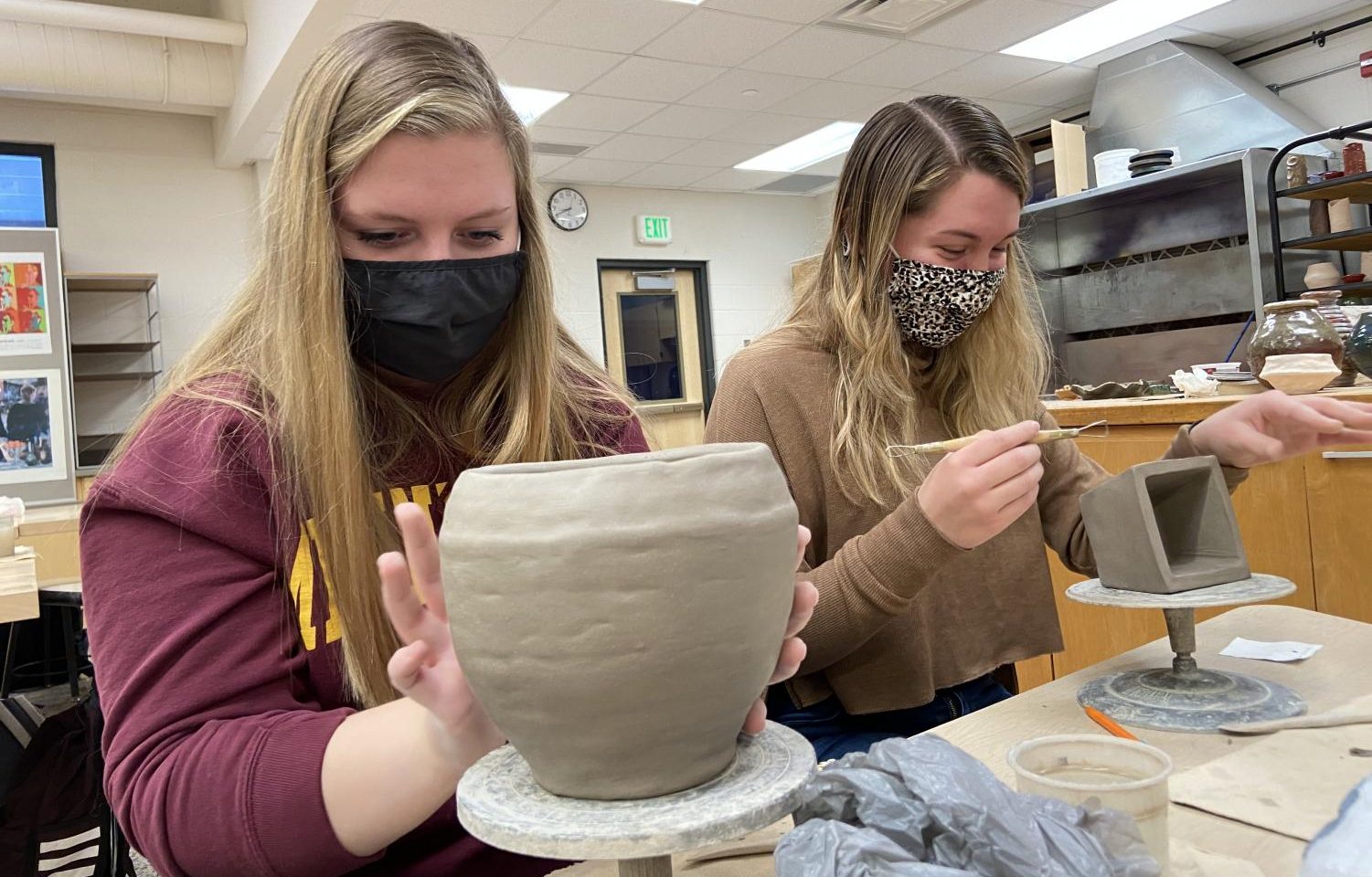 About 75 students a year take one of the longest-running classes at New Ulm High School, pottery. The building of the new high school allows students to space out and let their creative juices flow.

Teacher Dan Janke says his favorite project to teach is sculpture-based and it is called the gargoyle project. “The project is a three-dimensional face and you add pieces and details,” says Janke, “It costs a couple of thousand dollars to put on the class and most of my art budget goes towards clay and glaze.” It is one of his favorite classes to teach.

Two senior students, Abby Gieseke and Abby Bianchi work on their coil pots. A coil pot is created when the clay is rolled out into long snakes and wrapped around itself to create a pot. Abby Gieseke’s creation is a candle holder. Her design includes triangle cutouts in a spiral pattern to allow the light to escape. She plans on glazing it blue. Abby Bianchi has bigger plans. She adds more and more coils to her large pot. Although is it big, she isn’t sure what it is going to be yet.

“Pottery is soothing and therapeutic.” says Abby Bianchi. The girls enjoy making pots and sculptures together. Abby Gieseke says her favorite project is the slab project. The students had to roll out the clay into big slabs and cut out shapes to create a box. Abby Gieseke says it was the easiest so far.

The fun doesn’t stop there. There is an advanced pottery class students can take. There is normally 10 to 15 students a year. The class goes more in-depth into pottery and is more student lead. The students can pick which projects they do based on their own preferences. 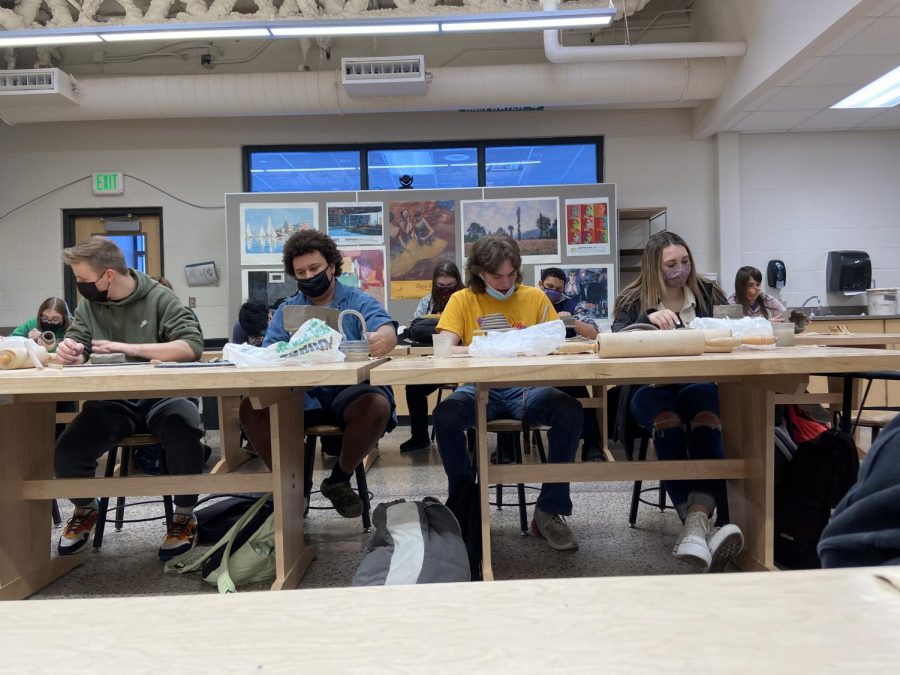