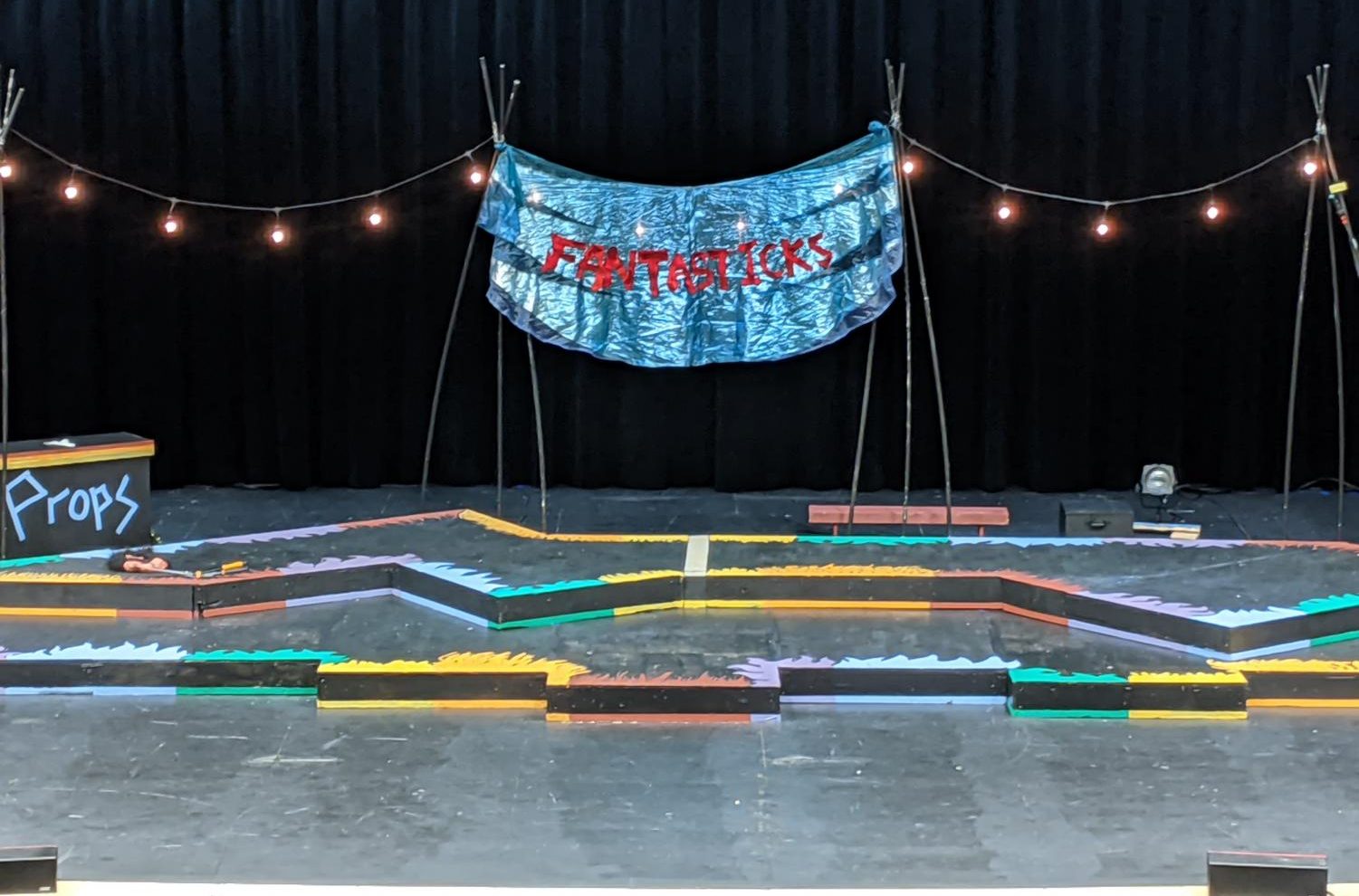 The Fantasticks musical stage set up.

The Fantasticks musical stage set up.

The stage is set for “The Fantasticks”

Every year New Ulm High School hosts a musical and play to entertain parents, family, and students alike. Previous productions have included the likes of Willy Wonka, Newsies, Clue, and the Wizard of Oz. This year, the high school’s musical production will be “The Fantasticks,” which deals with a love story much similar to Romeo and Juliet in which a couple falls in love, but realizes that there is a happening twist.

However, despite having a production this year, the musical looked different from previous years amid the current Covid-19 pandemic. To start, the performances were converted from reduced capacity to an online-only format the week they were originally scheduled to go. This was a shift that was to be expected but it was still different having to deal with no live audience to perform in front of.

The live performances weren’t the only thing that was changed, as the methods in which the actors and actresses practiced for the musical were also different. For practices, the actors and actresses were divided into two casts, with each cast having at least two performances. By doing this, the performers in one cast can isolate themselves if an individual were to test positive for the virus, while the other cast can continue to perform. In addition, all performers needed to wear masks when they are practicing because of the virus.

“We wear masks a lot when we can, but mostly it has affected the ability to have everyone there,” said Skar.

Even though the musical is going to have the same story between the two casts, it is still going to be worthwhile to watch both of them because of how different the two casts are.

William Skar was the new director for this musical, having previously directed 25 stage performances over the course of his career at three other schools. He was very pleased with how the actors and actresses handled the practices and performances while having to deal with the virus and its guidelines, while also being impressed with the current talent.

“I’m impressed with the talent level of the kids…[it] is really good” said Skar. “Doing this play is very much like a highwire act. It’s like nothing I’ve ever been a part of.”

In case you missed watching the musical, links to the performances can be found here: http://www.newulm.k12.mn.us/blog/nuhs-performances-of-the-fantasticks/