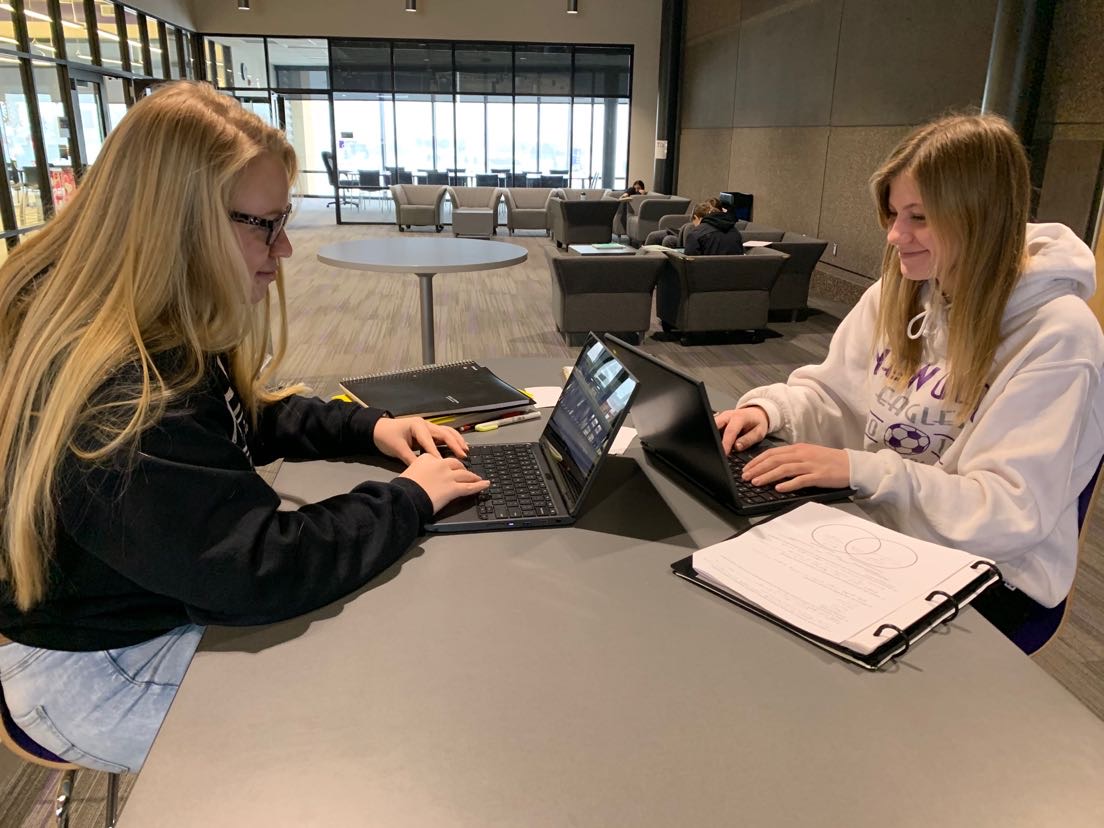 A Look into the Chromebooks Effectiveness After One Semester

What do students think about the Chromebooks a semester in?

Students at New Ulm high school seem to have similar thoughts on the Chromebooks. Senior Brenna Barstad says that “the Chromebooks are a nice and useful tool, but come with their issues. Batteries often die quickly and there have been a few times where it does not want to cooperate.” Other students have mentioned that they have had issues connecting to the internet when not at school or tests not saving on google.
Senior Rebekah Friendshuh says that “the Chromebooks are an awesome tool, but I wish they were less restricted and had the ability to print.”
Thankfully, when an issue does appear, there is help in the media center to solve the problem. Although there are a few issues, the Chromebooks offer features such as a place to store student’s work, a place to work on school, and a communication tool.

Overall the Chromebooks have been a welcomed addition to the school. This extra tool provides students with the advantage of having their own devices, allowing them to use it to work on school at any time and at any location. Although they do have their issues, the benefits definitely overrule them. Students at New Ulm High School now have the extra tool to help them succeed in school.