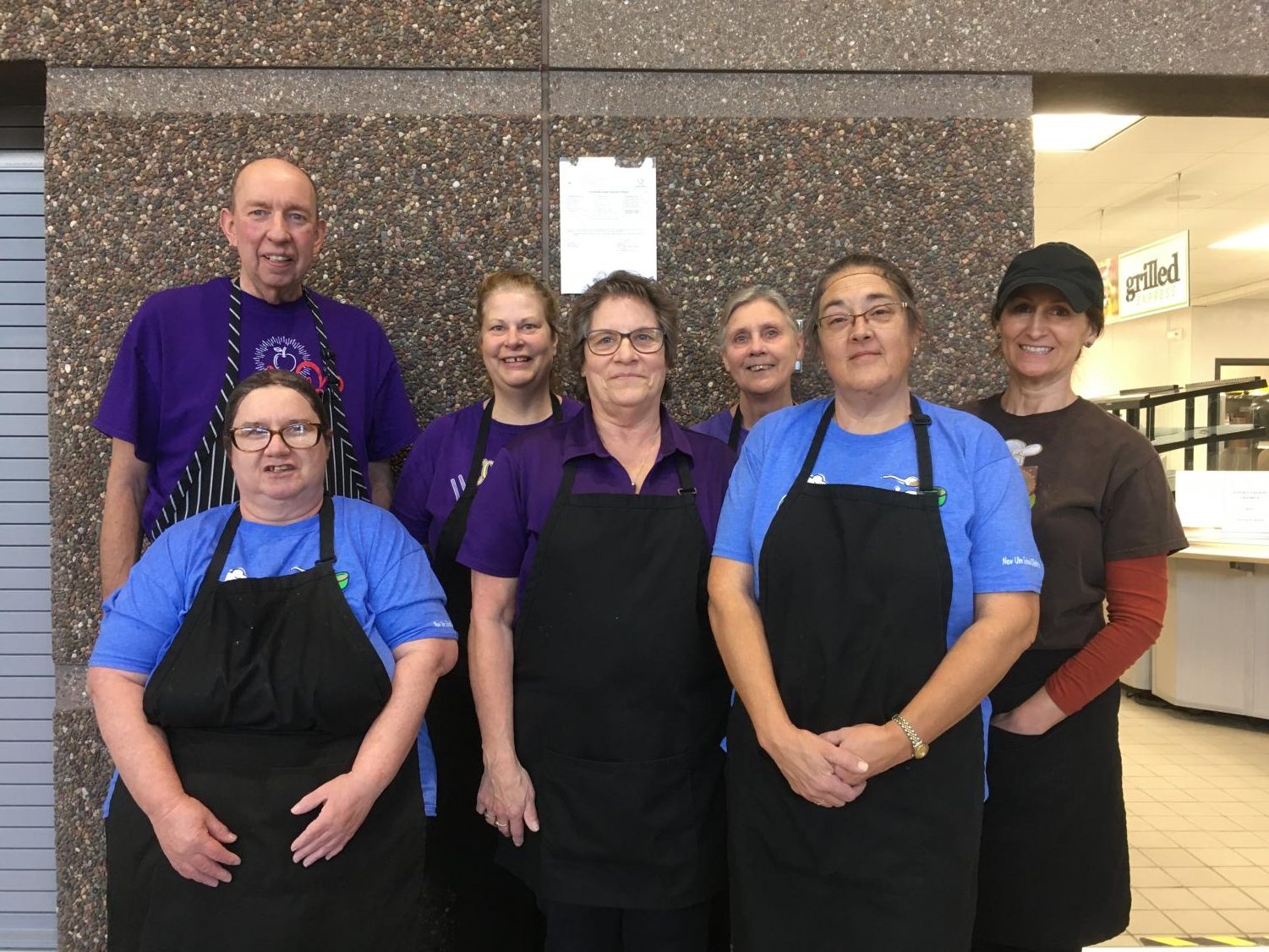 What’s Going on in the Lunch Room?

When most people think of lunch ladies in their school cafeteria, they think of the “mystery meat” they serve and the bored frown they wear while they dish up the student’s meals. However, at New Ulm Public High School, this is not the case.

Here at the new building, everything works!”

Sandy, Lead Cook of the kitchen, says her favorite part of the job is seeing the students come through the lunch lines excited to eat a meal after the tiring first half of their school day. Sandy became a lunch lady to be with her kids after work, and also to have a few hours to herself when she first gets home. She has been a part of the lunch staff for 28 years now and has gone through many changes in how the system runs.

“My favorite meals to prepare are the popcorn chicken and the nachos because I know those are some of the kid’s favorites,” she said. Sandy says the lunch staff can make suggestions about what meals to serve, or possibly cut out, but they do not have much say, seeing as the food service director and company take care of that element of the process. If Sandy had more power, she would not do anything differently, except maybe take out some food options that no one cares for.

On a typical day, the crew starts out by unlocking all the doors, checking temperatures of the equipment, turning on stoves, making and serving breakfast, and while breakfast is happening, preparing for lunch. When it’s time for a break, Sandy, the assistant cooks, cashiers, servers, and dishwashers all sit together and eat the food they made. After lunch, everyone helps clean up until about 1 pm, except for the dishwashers who are working half an hour later.

Most extra food goes in the trash unless it is okay to be heated up again. Sandy loves her job, but her least favorite part is the paperwork. She has to do inventory and make a grocery order. Sandy also keeps track of how many students eat each meal, to get a better count on how much food to make next time.

Everyone in the kitchen works very hard to feed so many kids! That being said, next time you’re going through the lunch line, make sure to thank the crew and give them a smile.