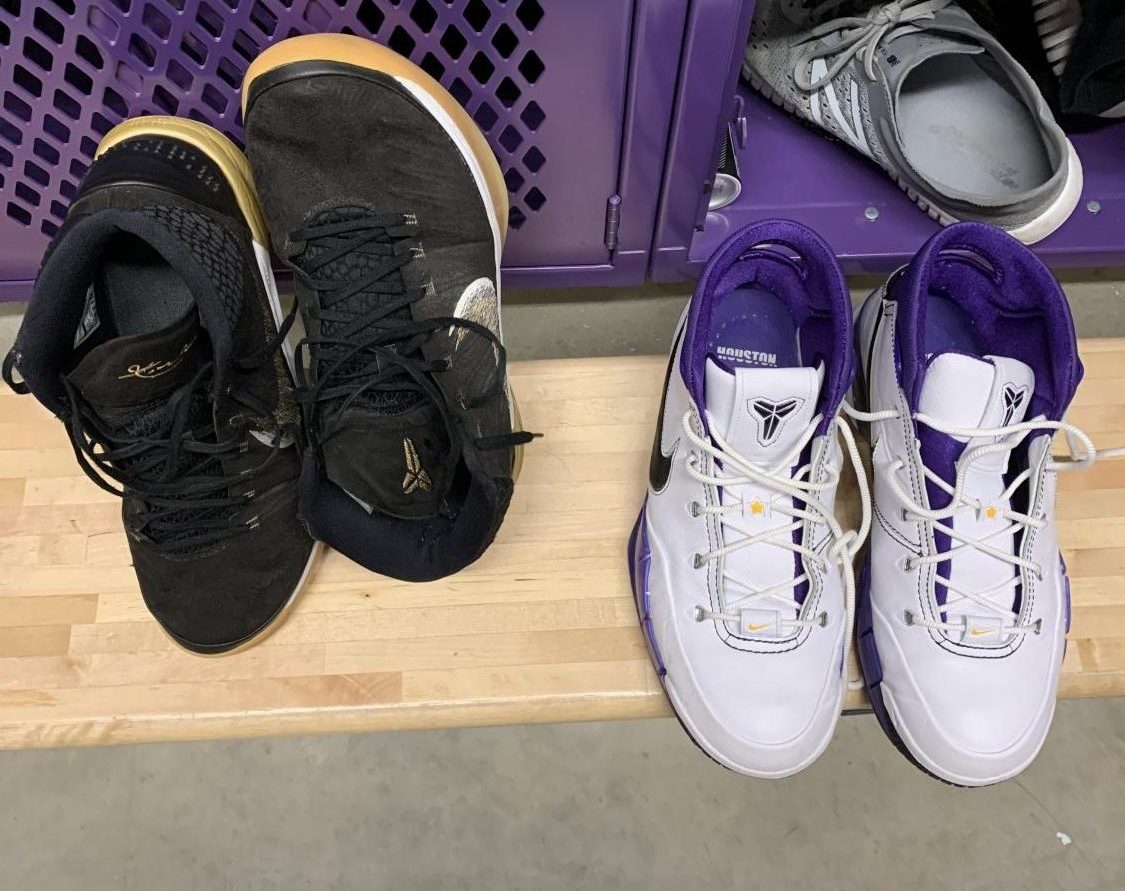 Basketball players pay tribute to Kobe by wearing his shoes

On Sunday morning, Jan. 26, Kobe Bryant, his daughter Gianna, and seven other people died in a devastating helicopter accident. Recently, investigators found that the pilot was attempting to ascend the plane to avoid a cloud layer. Immediately after, communication with air traffic control ceased and control of the helicopter was lost resulting in the crash on the outskirts of Los Angeles in Calabasas.

Though as of now the weather is the main culprit, other possibilities are being examined. A look at the wreckage showed that the helicopter did not carry a voice recorder in the cockpit. Officials are continuing to investigate, taking a “man, machine, and environment” approach, said Jennifer Homendy, a member of the National Transportation Safety Board. In effect, a conclusion as to the causes will take months to reach.

Although the tragic death of Kobe Bryant took place a thousand miles away from New Ulm High School, the students and staff here felt a big impact. For any athlete, Bryant was an inspiration in his work ethic and determination to always be better. But for basketball players, his passing hit especially hard. Senior basketball captain Reece Melby said he “grew up wanting to be Kobe.” Even now, a starter for the eagles, Melby continues to look up to Kobe as a role model because he “always played with a ton of passion,” which he tries to do himself. To honor the basketball legend, Melby broke out his Kobe brand basketball shoes in their game against Sibley East. The Eagle forward even contributed their big win to Bryant, “because he’s the GOAT.”

Kobe Bryant was not just influential to high school students. New Ulm’s new head basketball coach, Matthew Dennis, has looked to Kobe as a model for coaching his players. “The work ethic he had can be modeled by anyone working toward his goals,” the long-time basketball player said. He continued that the way “Kobe knew what his goal was and went after it in his training” is something that has impacted his players. Being a coach for 16 years, Dennis values his players on as well as off the court. He believes that his players can model Bryant in whatever they do, as “most people just assume his talent is naturally born and his hard work behind the scenes regularly went uncredited.”

Bryant’s influence is even seen throughout the classrooms of New Ulm High School.

As an English teacher, Mr. Engeldinger has felt Kobe’s effect in the classroom as well. In the past, Mr. E said that when students have had “trouble understanding poems or stories, he would bring out the works of Kobe Bryant.” Even when students become uninterested, he would bring out poems and stories Kobe has written. Although Kobe was a well-accomplished athlete, joining the NBA right out of high school, he was known to be an avid reader and supporter of the arts. Before his death, he was working on co-writing a children’s book with Paulo Coelho. After the news of his death surfaced, Coelho announced he would be deleting the draft as he felt it would “not make sense anymore.”

Although Kobe did not have a personal presence at New Ulm High School, it has become evident after his passing just how much impact he had on basketball players, students, and teachers.