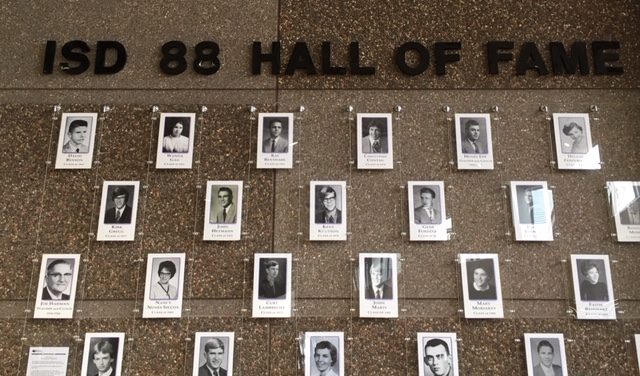 It was in 2012 when Jim Senske, a legendary coach at NUHS, had the idea to start a Hall of Fame for ISD 88. This idea was well received and brought into reality by 2014. The alumni committee is now in charge, and 4-5 new HOF members are selected every year. Many aspects make the HOF special or unique. However, two of the main aspects that make the HOF special are the process of selecting the members and the members themselves.

Once the HOF was formed, there needed to be a way to select the members. According to Amanda Groebner, who is part of the alumni committee, it was decided that “the public would be the ones to nominate the candidates with letters of recommendation for the committee to read and grade.” The selection committee is made up of 7-9 people every year to keep things unbiased and as fair as possible. The only qualifications are that the nominee must be NUHS graduate and at least ten years removed from high school. According to Groebner, “The selection committee is provided with a rubric every year for picking the new members.” The rubric evaluates the candidates and decides who deserves to be inducted.

This rubric is divided into four sections, which are scored with a 1-4 point system. The first section is based on the success that the candidate has had in their primary career. The next portion looks into all of the honors, awards, and accolades the candidates have received on local, regional, national, and international levels. The third section involves reviewing the candidates’ volunteering and charitable actions displayed for community service. The last portion of the rubric is where the selection committee reviews all the candidates’ contributions and impacts on society throughout their lives.

After the committee has scored all of the nominees they will pick the top 4 or 5 scores and induct them at the annual Hall of Fame banquet. However, even if a candidate is not selected, “The public can nominate someone as many times as they please,” Groebner said. In addition to that, the ISD 88 HOF has no limit, which means everyone who deserves an induction shall be honored, and their legacies will last forever.

There have been plenty of famous people to come out of NUHS and make the ISD 88 HOF throughout the years. The most notable ones being Wanda Gag, Flip Schulke, and Terry Steinbach. Wanda Gag was famous for her books and writing, the most well-known book being Millions of Cats. Flip Schulke was a world-class photographer and great friends with Martin Luther King Jr. and Muhammud Ali. Schulke has had some of his pictures in time magazine and took the famous picture of Ali boxing underwater. Unfortunately, both Schulke and Gag have passed away, but they will be remembered. 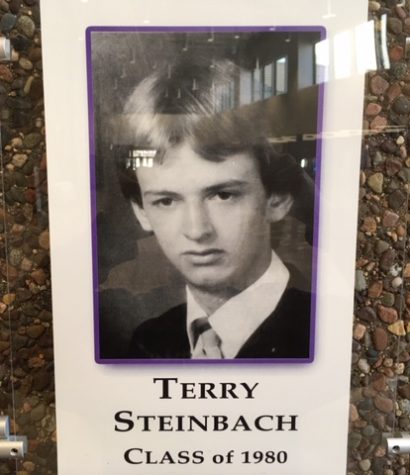 Terry Steinbach, who graduated in 1980, is the last living member of that trio and was known for his pro baseball career with the Athletics and Twins. Steinbach was inducted to the HOF in 2014. Steinbach described his emotions as “extremely honored and very humbled,” after finding out that he had been inducted. Steinbach was part of the football, cross country, hockey, and baseball teams while in high school. Steinbach recalls, “It wasn’t until my senior year that I realized that baseball was the right path for me.” New Ulm has remained a significant part of Terry Steinbach’s life even during his pro baseball career and now in his role with the Twins. Steinbach said, “New Ulm has always been a huge part of my life and was a huge stepping stone for my career.” Steinbach also described his personal connections with New Ulm: “I still have a majority of my friends down there, and to me, that is still home, that’s where my roots are, and that’s where most of my family lives as well.” He continued, “New Ulm is an easy town to come back to, I can let my guard down a little bit and just be myself.”

Terry Steinbach has racked up a substantial amount of accolades throughout his life: a 3-time All-Star, an All-Star game MVP and a world series champion with the Oakland Athletics in 1989. However, Steinbach said, “The thing that means more to me is that people are going to remember me for being genuine – the last thing I wanted to do was let the fame, notoriety, and finances change who I am.” Furthermore, Steinbach said, “I am the proudest when people come up to me and are like, ‘man, you just seem normal,’ and they feel like I’m part of them, and they can talk to me, they don’t just stare, and you know that makes me feel good.”

The HOF is a great way to recognize those who have excelled in life after high school and made a positive impact on society during their lives. Most members hold this honor high and are proud to be a part of the ISD 88 HOF. Currently, there are 33 members of the ISD 88 Hall of Fame, and each one has their own unique story to tell.