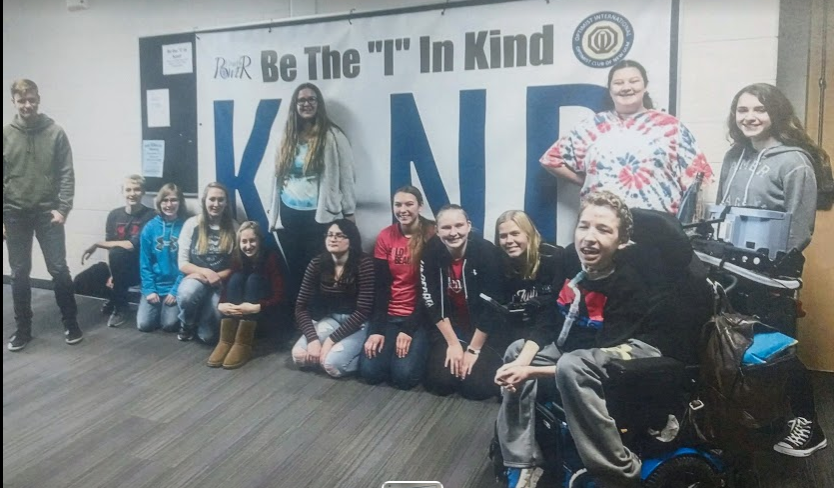 Doing Good in the Community

It has been said that the happiest people are those not receiving more but giving more, which is why many people volunteer. Volunteering is a great way to help others out. That is why, in 2015, New Ulm High School decided to create the JOI Club. JOI stands for Junior Optimist International and its aim is to encourage students “to promote positive change in their community.”

In the first year of JOI, the group participated in Santa’s Closet. They also did a blanket project and a mental health project. Over the years, the projects grew and the club was able to do more events. The events are decided by the members of the group. They get ideas from students, advisors and the New Ulm Optimist Club.

The National Optimist Club student version used to be called JOOI but was later changed to JOI. The change was to be more recognizable and identifiable to students and the public.

When asked how JOI Club events are organized, current advisor Ms. Hoek said, “All gathered ideas are placed on the shared google spreadsheet for members to sign-up and volunteer. If the club is hosting the event, then I help with setting it up. The student president leads the monthly meeting and teams up with me in organizing events.”

Later, Ms. Hoek talked about how she got to be the advisor. “When we moved into the new High School, the former advisors were staying at the Middle School. I was asked by then-student president Anna Uehling if I would become the new advisor at the High School,” she said. Along with Ms. Hoek, there is a student president, who this year is Lauren Mages. Her responsibilities include being “in charge of leading each meeting, creating powerpoints, going to events, coming up with ideas for events and getting people to join,” she said.

Since the school merged with the New Ulm Optimist Club, they needed a way for the two clubs to meet. So they decided to have one member go to both meetings and talk to both groups. This member is Deb Hertling. As for how Deb got this job, she said, “For two years they had another member doing it; however, I understand it is important to give everyone the opportunity to explore the groups and be a part of our community connections. We have a few that really wanted to be the liaison, but time commitment took them in a different direction.” 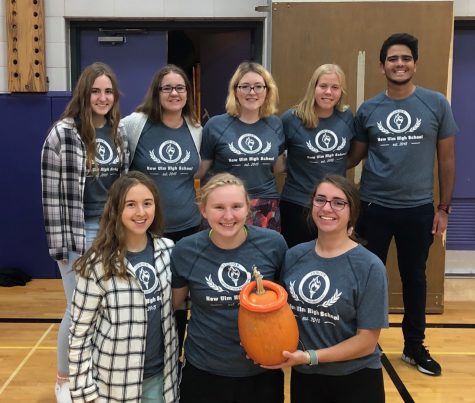 The New Ulm Optimist Club was founded in 1997. The Club had the purpose of meeting the needs of young people in communities worldwide. Optimist Clubs have been “bringing out the best in kids” since 1919. Optimist Clubs conduct positive service projects aimed at providing a helping hand to youth. Hertling said, “ I was approached by a member of the club who saw me volunteering at a youth event and took the time to tell me about the NU Optimist Club and its primary focus all about bringing the best out in kids. And that is all I want to do! I want to be there for youth who need or want a connection and to be able to see their own personal great values they have to offer.” In the New Ulm Optimist Club, there are 32 active members.

Every once in awhile they have meetings. They are pretty structured with the agenda covering financials, membership, committee reports, old/new business, correspondence & fund requests. It usually only takes 1 hour. Deb said, “Events are started with ideas thrown on the table at a meeting by a club member who has put a little thought into it and expressed why they feel we should start or support an event. From there the club will have discussions about it. If we feel it supports our mission of the club and targets a nice size audience, then we have the person who presented the idea lead a committee to get all ideas and budget together to present at the next meeting for us to approve.” The club welcomes all ideas from anyone at any time. They have even gotten ideas from letters in the mail from interested community members.