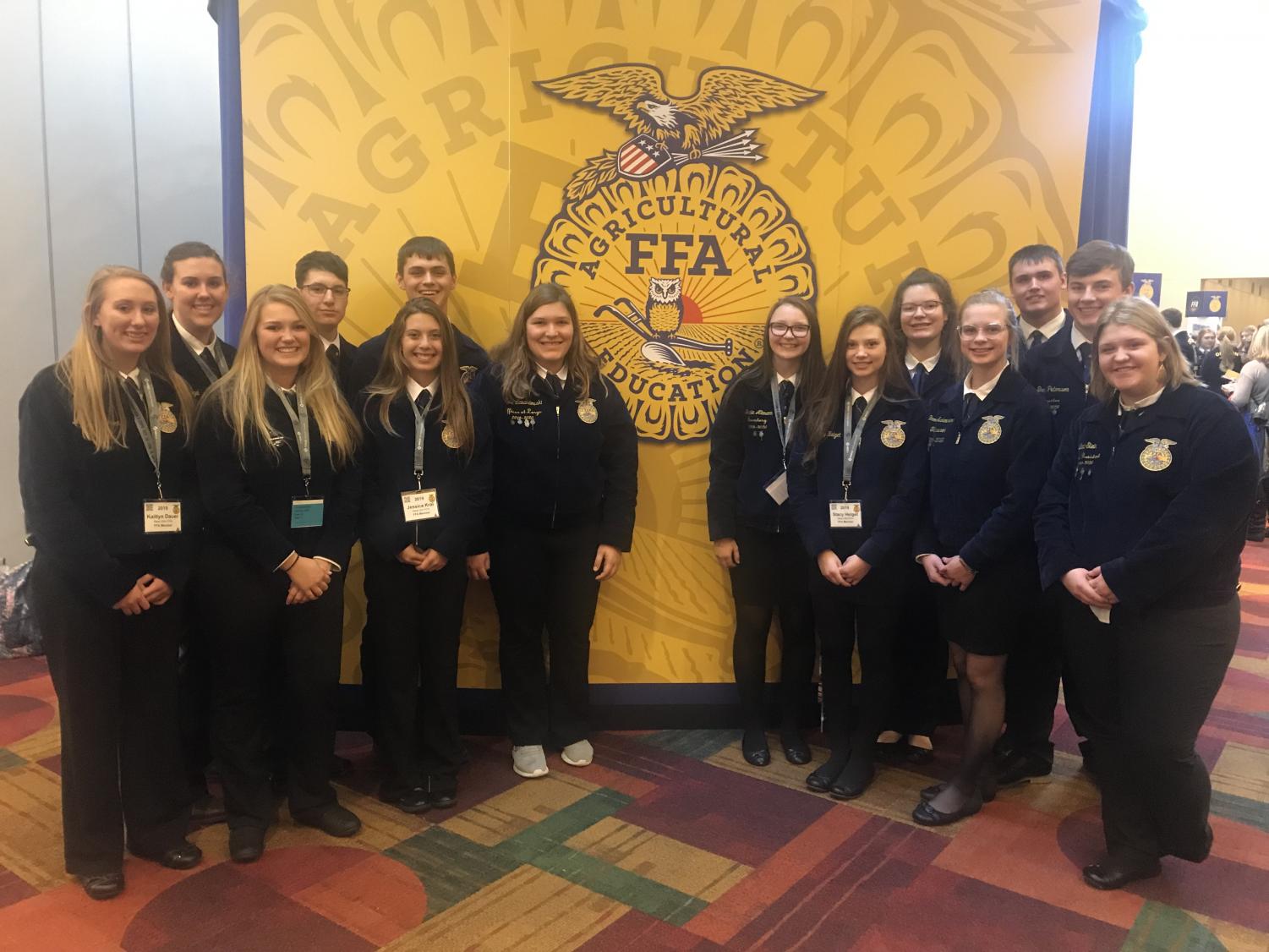 Imagine over 68,000 people trying to find a place to eat all at the same time. All scrambling in every which way just to find some food. Many people change their eating habits and some even go a couple of hours away from the main city. These young adults and advisors find different places to eat, mostly of the fast-food variety,  but sometimes they get a reservation at a favorite restaurant. All 68,000 people also have to find a place to stay. The New Ulm chapter stays at a Super 8 in Plainfield, IN.

14 members from the New Ulm FFA chapter head to Indianapolis, Indiana for the 93rd National FFA Convention and Expo. The students had the opportunity to tour many different places, including RDM Shrimp farm, Corteva agriscience headquarters, Crossroads landfill, and the Indy Speedway.

“The shrimp farm was not my favorite thing but it was really interesting to learn about how they are grown and sold to the public,” Lexi Stein said. Throughout the tour of the shrimp farm, the students were able to learn about ph levels of the water, what kind of water they need to be in, and the containers they are held in. The tour had learning experiences that many people never get to experience. It is a true privilege to be able to go to the convention. These students show much leadership that they are chosen to go represent the whole New Ulm chapter.

The most popular favorite was the Indy speedway! The students were able to ride around the track on a coach bus and learn more about the speedway and the history of it. “It was very interesting to be able to drive on the track and to feel the canyon effect at the finish line,” Jessie Kral said. When the tour around the track was done, the ffa’ers were able to walk around the museum and even sit in a few of the old sprint cars. The students had the opportunity to shop for merch inside the museum.

After the Indy speedway, the students were able to tour the National FFA Headquarters. The students were allowed to walk around and look at many different things, including past FFA jackets, past national officers, pictures of how FFA was different back in the day, etc. “My favorite part of the tour was being able to find our rock and knowing we have a spot in the FFA community,” Alice Lewandowski said.

Wednesday night the clan was in attendance for the Old Dominion concert. The concert started at 8:00 eastern time. The opener for Old Dominion was Brandon Lay. The band played One Man Band, Written in the Sand, Break Up With Him, Hotel Key, and many more of their songs. “The band got the crowd very involved which personally I enjoyed,” Abby Voges said. The students got back to the hotel very late but that didn’t stop them from ordering pizza from dominos. A few of the kids had a few pizzas ordered and then shared with the other members in different rooms.

Thursday the ffa’ers spent the day at the convention center learning about different opportunities within the agriculture job field. The students had the opportunity to walk around and meet new people from all across the fifty states including Puerto Rico and the Virgin Islands. Students got to know many different cultures and how students do their events. The events differ depending on the location and what type of weather they have in their state. “I learned many different ways to interact with people just by communicating with members from different states and locations,” Stacy Helget said. The FFA members also spent most of the day Friday at the convention center with a session and the talent show. They watched the final round of the talent show which included three participants. There was a panel of judges of past FFA talent winners – these judges sure had their work cut of for them with all the talent the FFA members brought to the show.

The Indianapolis Zoo was the first stop on Saturday, where the members spent about 3 hours walking around looking at the different animals. Hands down the big hit at the zoo was the dolphin show. After that, the students were able to find a spot to eat within the zoo. The last stop was the final general session at Lucas Oil Stadium, in which the parents of the national FFA officers were recognized, CDE contest winners were announced, and the 2019-20 National FFA officers were introduced. The students were finally on the way home with a 15-hour bus ride ahead of them. 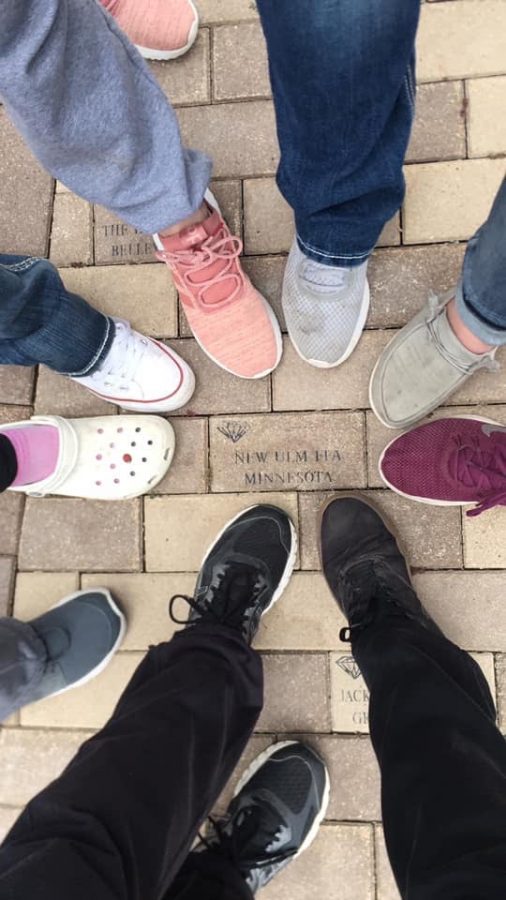