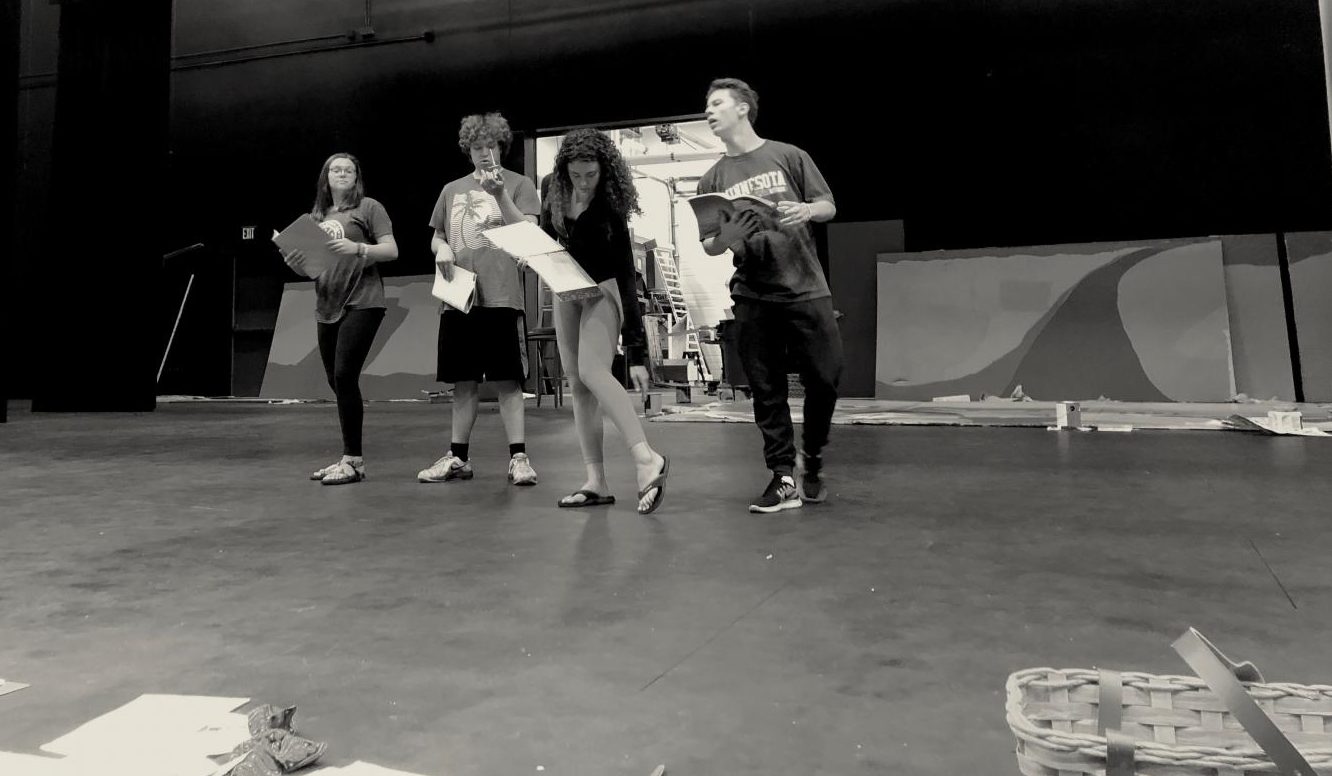 The process behind the High School's yearly productions.

Whether you have been involved in theater yourself or go to performances, if you attend New Ulm High School, you know of the theater department. From more serious productions like Newsies to more light-hearted ones like Brothers Grimm Spectaculathon, for the past three years Sarah Thursby and Kim Horning have directed a wide variety of shows.

I interviewed Thursby to gain an inside perspective on their process. First, I asked about how they go about choosing shows. Thursby said that they “take a lot of different things into consideration like the budget, amount of students who may participate, [and] what audiences may be interested in.”

Students painting the backdrop to one of the scenes from the musical.

Due to the sheer amount of details that need to be taken care of, rehearsal began the last week in August even though the performances aren’t until mid-November. When asked about the differences between this production and past productions, Thursby said that the shows they’ve directed that are less intense, like the current show and Willy Wonka and the Chocolate Factory, have been a little harder to start on a steady track right away. It also may not be a coincidence that both of these examples have taken place in the autumn. More students seem to have difficulties balancing their busy schedules in autumn. To learn more about student-athletes who are also involved in theater, check out Megan Davey’s article on the very subject.

The number one thing is that students join theater productions. Even if you don’t feel like you’re cut out to be on stage, you can still play a crucial role in a show ”

The most important thing to the theater department is support from students and community members. A large attendance shows cast members that their hard work is appreciated. Even if don’t you know someone who’s involved in shows, attending musicals and plays are a fantastic way to support a different aspect of student life. And who knows, maybe through being a part of an audience you may discover an interest in theater you never knew you had. Performances for the upcoming musical are November 14th and 15th at 7 p.m. and November 16th and 17th at 2 p.m., hope to see you there!