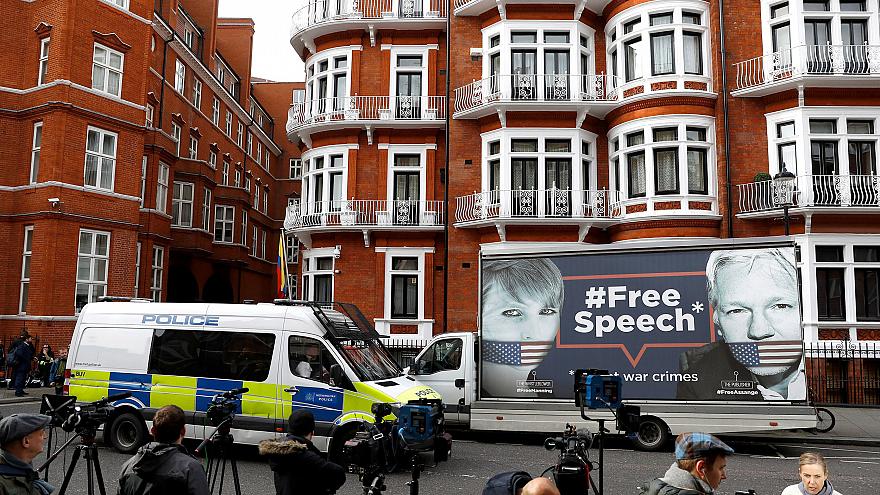 Why You Should Care About Julain Assange

The story, and my take on the controversial situation.

Julian Assange is the founder of Wikileaks. Wikileaks is a nonprofit publishing company that posts leaked classified information from anonymous sources. The people that leak this content to Wikileaks put their jobs, lives, and well being on the line to release information they feel is essential for the public to know. Wikileaks is known for exposing corruption in the church of Scientology, internet censorship, fraudulent banks, the state department, Guantanamo Bay, the DNC, and many more. The communications between Wikileaks and their sources are often encrypted, so even they don’t know who their sources are, to protect them. Nothing Wikileaks has ever published has been found untrue.

In 2010, an Army intelligence analyst named Bradley Manning (now Chelsea Manning), leaked military videos, Afghanistan and Iraq war logs, information on detainees at Guantanamo Bay, and thousands of State Department cables. It was one of the biggest leaks of all time. The most popular among the leaks is a video called “Collateral Murder” (pictured to the right- Warning Graphic) which contained film from a United States military Apache helicopter mowing down a group of about 15 civilians including two journalists from Reuters in Iraq using 30mm rounds. You can hear people talking over their radios complementing each other with phrases like “good shootin” and call them “f****** pricks” and one said, “Just f*****’, once ya get on ’em just open ’em up. Alright.”

Bradley Manning released the information through Wikileaks. The leak exposed vast amounts of wrongdoing by the US. Manning was subsequently arrested, tortured (by the US), and sentenced to 35 years in prison under the Espionage Act, which is not meant to be used on whistleblowers. Obama commuted the sentence in 2017 and Manning was free for a couple years but has been jailed again without charge recently.

Julian Assange, fearing his extradition to the United States where he thought he would be unjustly prosecuted, sought asylum in the Ecuadorian embassy in London. He was stuck there from June 19, 2012 to April 11, 2019 when he was recently arrested. London police were allowed to enter the embassy and carried him out. He was sentenced to 50 weeks in prison for jumping bail in the UK and he has a hearing on May 30 to decide if he should be extradited to the US, which is likely. In the US his indictment accuses him of “Conspiracy to commit computer intrusion” in the Chelsea Manning case, of which there is little evidence. And ‘conspiracy’ means he didn’t even commit the crime of computer intrusion; it implies he simply had intent to or had planned to do it. It is widely believed that if he is extradited to the US, they will add on many more charges, and he will face severe punishment. These cases also go through the secret FISA courts, so the trial will not be public.

Chelsea Manning was arrested for a second time in February of this year. She is still being held in contempt of court for refusing to testify on Julian Assange for a second time. She has already testified as to all she has on Julian Assange before, so they are effectively holding her without charge or trial which violates the 6th amendment, which guarantees the right to a public and speedy trial.

*Update- Chelsea Manning was released on May 9th, but a new subpoena has been issued, meaning she is likely to be arrested soon again.*

And when, or if Julian Assange is extradited to the US he would likely be charged under the Espionage act, like Manning, and would face up to the death penalty.

All this has been a result of courageous people exposing the truth about their own government. They knew, no matter the consequences of the releases, the American people and the world had the right to know what was going on. It is a scary thing to learn how illegal it is to expose your own government’s crimes, in the freest nation on Earth. I believe it is a grave sign for our civil liberties, especially the freedom of the press and the freedom of speech. Once these rights are violated once, there is a precedent that is set, that these don’t matter very much anymore, and that the rights that our own founding document claims come directly from the creator, and not from the government, have been trampled. America is supposed to be the shining spot on the Earth, for people who feel their rights have been taken, to come and have a chance at life, at liberty, from whatever persecution they faced elsewhere. What happens when we aren’t that “shining city upon a hill’ anymore and when can we tell? What happens when those basic rights are no longer guaranteed where they are promised? As Ben Franklin said, “Any society that would give up a little liberty to gain a little security, will deserve neither and lose both.”