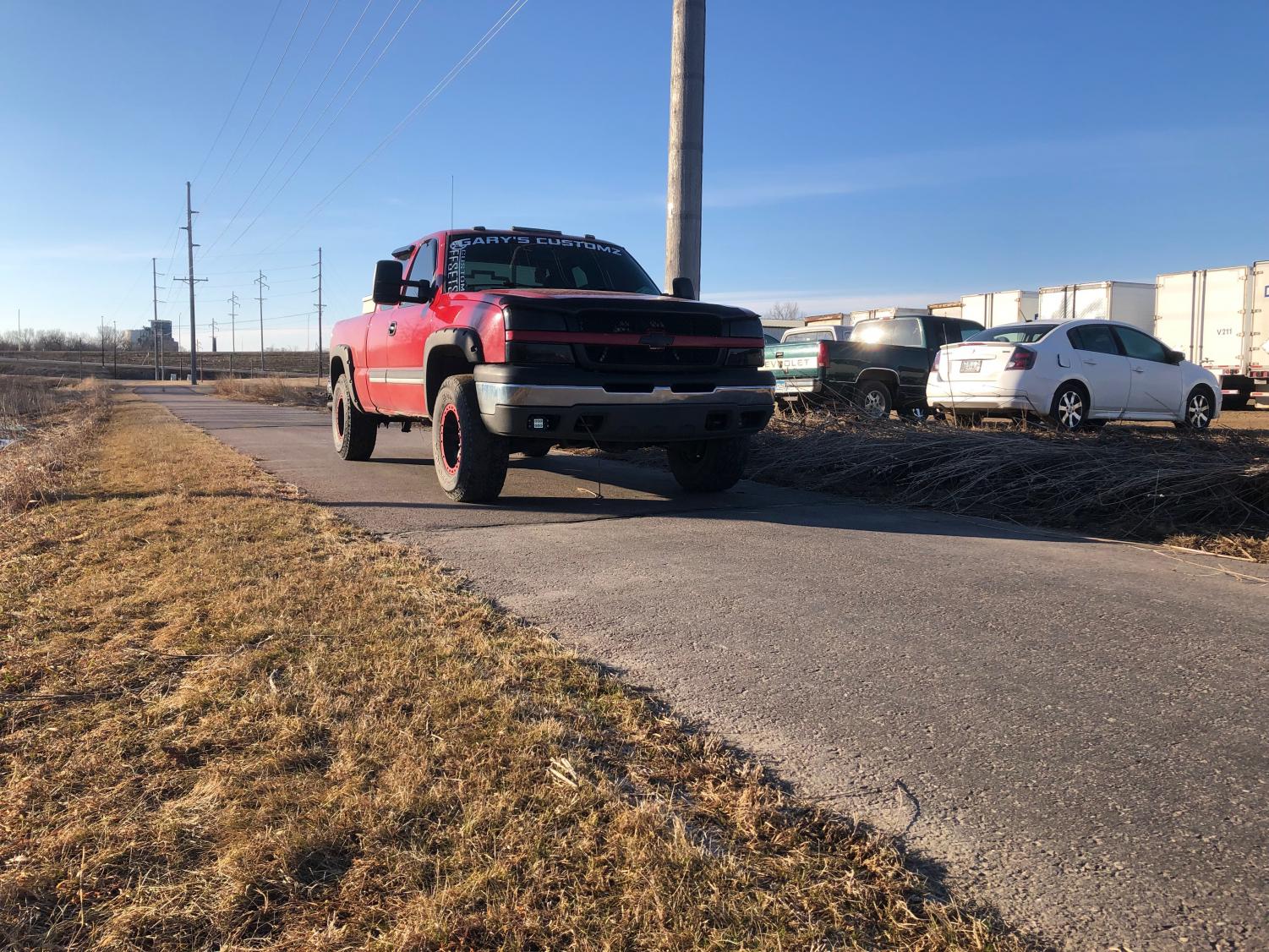 The town of New Ulm has a known history of being a “hick town” because of all the modified trucks.  On any given night you can see multiple trucks sitting in different lots, such as “The Lot” in front of Citizens Bank or the other lot known as “LSD” down by McDonalds (LSD gets its name from from the Allina, Sears and Dork Den). And if they aren’t parked there you can see them “running laps” up and down Broadway. From the super jacked up lifted trucks to the blacked out tinted truck, everyone has an opinion about these salty vehicles.

To understand why the community dislikes these trucks, we have to understand why the people own these trucks in the first place.  I had the chance to talk to the owner of one of the more well-known trucks in town, Triston Whitney. “I like being able to drive really where ever I want and not having to worry about making it through the snow and mud. I also really like how aggressive a truck looks when it’s leveled off and has some bigger wheels and tires on it; but with an aggressive look you have to have an aggressive sound, so that’s why I changed my exhaust on my truck. My stock speakers blew out because I really like to listen to music when I drive, so I put a full new audio system in, and a major part of a song is the bass so I put my subwoofers in to give me that extra bump, but I usually keep mine turned down,” Whitney said.

I had the opportunity to talk with our School Resource Officer, Officer Murphy, about how the community and the New Ulm Police force feel about these trucks. “The general community doesn’t really care about the super dark tint or the lift, because most people don’t know the rules about them. We mainly only get complaints about the loud pipes of trucks and motorcycles and the loud bass coming out of the vehicles. The police force and the community understands that people like to meet up in the various parking lots of New Ulm, but the only time we really mind is when there is trash left every night or when the owners of those lots ask us to remove them because of the trash left,” Murphy said.