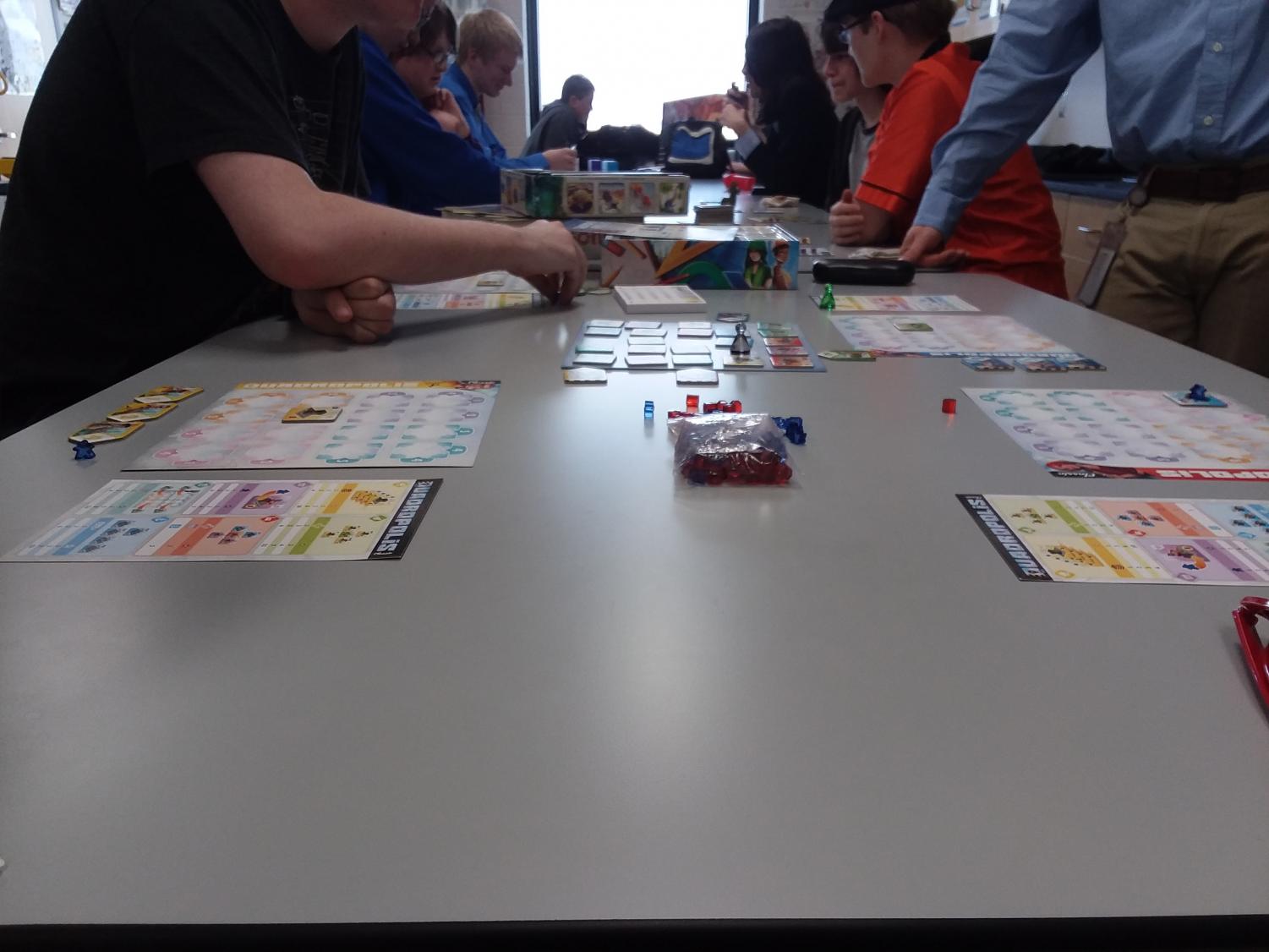 NUHS game club is an after school club run by Mr. Nelson from the science wing. Every Tuesday gamers of New Ulm high school come together to play various games ranging from board games to role playing games to card games like Magic the Gathering.

Mr. Nelson has been running game club for the last couple years trying to get students interacting and socializing in a fun way. After school students get together in Nelson’s classroom to play games. Every week Nelson has new games brought in from the Dork Den in Mankato to shake things up. At the end of the year there’s a game club party with drinks, snacks, and a video game tournament on the Nintendo switch. Anyone can join in so long as they’ve been to game club at least once. All in all the club has been doing a great job getting students off the electronics and getting involved with new strategies.

Senior Jose Alba says, “I love game club because it’s great to get together with friends and escape from the school stress every once in a while.” So, if you’re interested in trying some board games with some friends head on down to Nelson’s room to see what it’s all about.