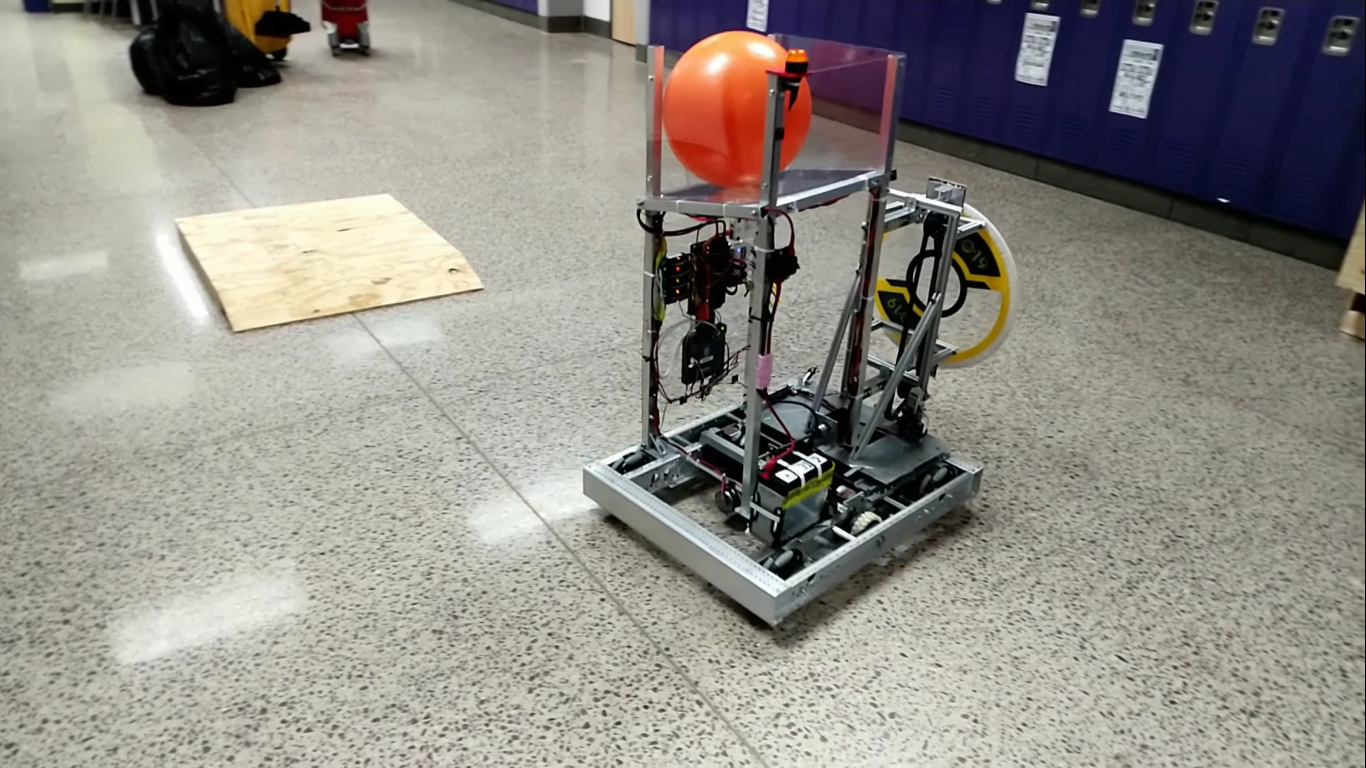 Readying Up for the Robotics Ramble

The New Ulm Robotics team, the Alluminators, prepares for competition.

The New Ulm Robotics team, the Aluminators, recently bagged up their robot for the 11th annual time. When the team finishes up packing it away for a month until competition, they think about all of the things they have accomplished since the January 5th kick off and everything they need to finish before competition. Bagging the robot refers to literally putting the robot in a bag. First Choice Robotics (FRC), requires the bagging of the robots to ensure that teams are not working on the robot a month before competition.

Next year, FRC plans to eliminate the rule to allow teams to get the most amount of build time possible. This will bring change to FRC for sure, but many are concerned whether this will be a positive change or a negative change. Isaac Roufs, president of the Aluminators, said, “I think that the bag day rule change is a good move in the right direction, and will certainly add a new dynamic to the season and the competition”.

One might be asking: What is robotics anyway? New Ulm Robotics consists of students from New Ulm Public High School and students from Cathedral. Every season starts with the kick off of a new and different game for the robots to compete in provided by First Choice Robotics. The teams are presented a video and a slideshow of the game, the field, and the rest of the parameters. The teams will have nine weeks to build a robot with the given parameters in hopes of successfully completing the games objectives. After the nine weeks of building, the teams are required to bag up their robots. At competition each team will be paired up with two other teams as an alliance. They are faced up against three other opposing teams. They will then work together to score more points than the other alliance.

This year, New Ulm Robotics is ready to participate in this year’s game, Deep Space. The objective of the game is shown completely by FRC’s video. The main basis of the game is to hatch panels (acting like lids) on holes to stop cargo from falling out when placed inside and to climb the platform at the end of the game. The New Ulm team built their robot to accomplish most of the objectives in the game and to help their alliances get more points in competition. Since the team has had to pack up, they have been finding other activities to do. Last weekend they had a parents day to show the parents this year’s game, the metal shop, and the robot.

Throughout the season president Roufs has been uploading videos of the team building the robot. Every week a new video has been uploaded to show the teams progress on the robot and what they have been working on. He even made a video of the practice competition, Zero Week. Zero Week is the competition that the Alluminators attend to see how their robot is working before the actual competition. Each of these videos can be seen on the Alluminators Youtube Channel. Be sure to check out the team during competition on the FRC live stream.

While the robot is currently bagged up, the team has been working on their 30 pounds of equipment they can bring to competition. The rule is that all teams can work on and bring 30 pounds of repair parts or other pieces for their robot. Meanwhile, other team members have been working on making pinback buttons for competition. Many find it difficult to prepare for competition. For Lyle Erickson, mentor of the Alluminators, the hardest part for him is “keeping my hands off of things and letting them work on things.”

At the practice competition, Zero Week, the team had the opportunity to test the robot in a competition simulation. This gave teams the ability to see what worked and was not working on their robot. The team is signed up for several rounds and they can send a Human Operator, Technician, Driver, Coach, and Secondary Driver to test their robot. While there, the Alluminators were assigned roughly seven rounds and were able to compete in roughly 20 of the rounds. This was a great experience as the team saw the parts that were working and the parts that needed work mechanics.