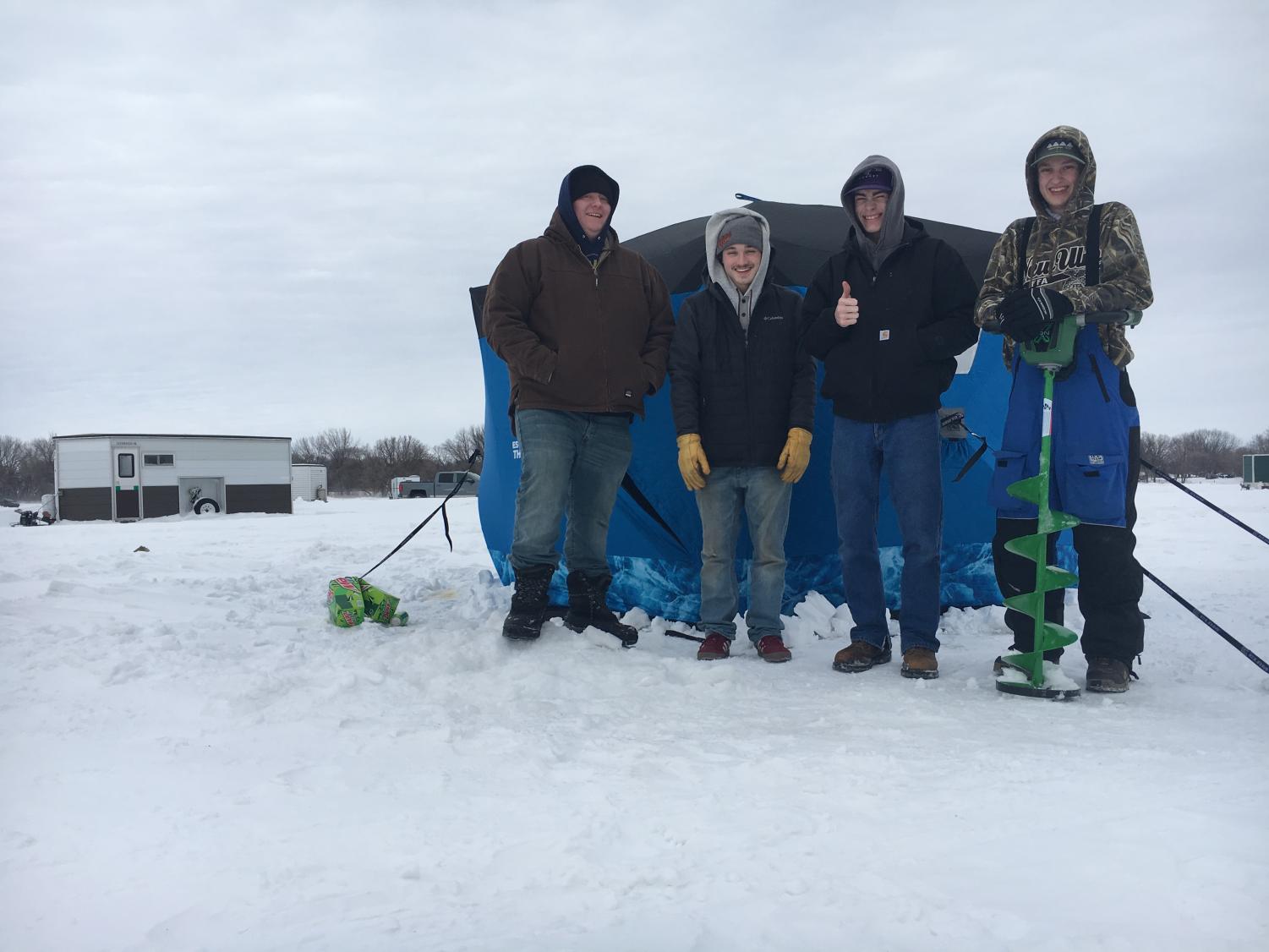 On Saturday, February 9th the New Ulm High School FFA hosted their annual ice fishing contest on Sleepy Eye Lake. All students who are in FFA were welcome to participate in the contest. The contest lasted from noon until 4  and there was no cost to enter. It was a cold and windy day out on the lake but that did not stop many fisherman from heading out to the lake. Carter Brandes and Mr. Nelson set up a house in the middle of the lake marked with the FFA flag outside of it which was used as a base for check-in and weigh-ins.

Some prizes were even handed out to the winners which were donated by Runnings and R&R Bait and Tackle. The winners of the contest were Wyatt Roberts who caught a 10.5 inch perch and Austin Dolly who had a 9 inch crappie. They both won their own ice fishing rod from Runnings. Other smaller prizes were given to others who caught a nice fish and everyone who attended got a free fishing jig from R&R Bait and Tackle. I asked Wyatt Roberts how he felt about the event and he said, “It was a pretty fun day. Winning didn’t really matter, it was more about having fun with friends and catching some nice fish.” Overall everyone had a great day ice fishing and just hanging out.

I asked Mr. Nelson why they continue to put this event on every year and he said, “It is a great event that promotes outdoor activities and getting students into a lifestyle of enjoying the environment that they live in.” Nelson said that there were only about 15-20 students who were able to make it out that day due to the weather and other things going on, but the students who were able to make it out had a great time that day. When asked if this event would continue next year, Nelson said, “As long as this is something that students want to do and are interested in then we will keep doing it.” 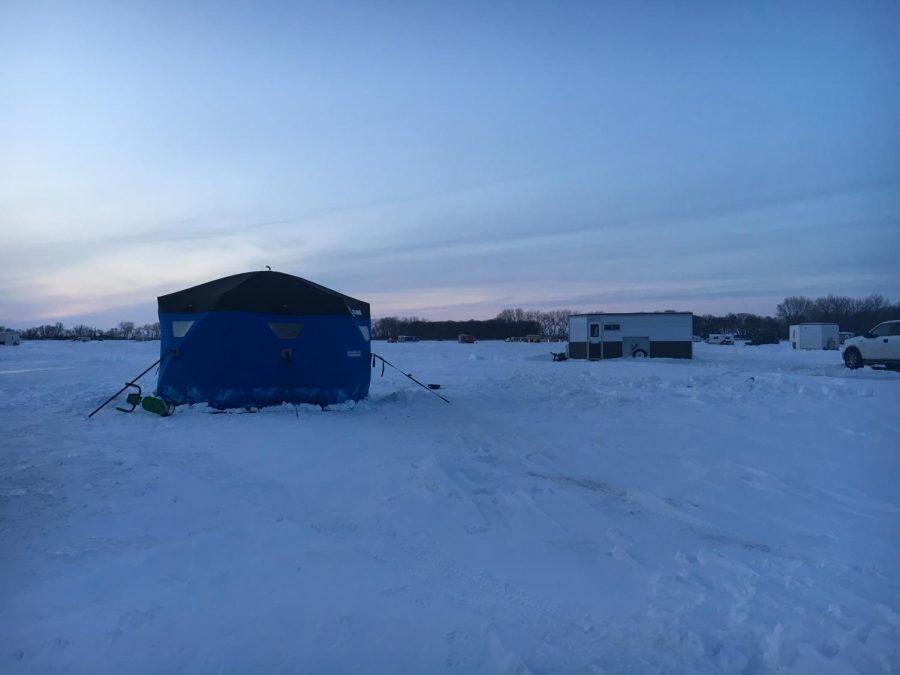