The 2nd half was a little challenging for the Eagles. They let the Saints knock down four 3-pointers and cut down the lead down to 2 with 5:30 minutes left in the game. The Eagles did not execute as well as they did in the first half. “We got a little too complacent with our lead and played slow,” Joey Batt said. Both teams were unable to score for the next 28 seconds in the game, but the Saints were able to score a layup with 5:03 minutes in the game. A timeout was called by the Eagles coach, Brian Batt, to talk out the difficulties on the court. The Eagles came out hot from the timeout and made some 3-pointers to get back the lead with the help of Senior forward Ellie Bute and Senior guard Lizzie Shaul. Both teams exchanged baskets back and forth but the Saints were unable to keep up with the scoring, which resulted in a loss. Joey Batt lead the team in scoring with 22 points, followed by Ellie Bute’s 15 points and 13 points from Iyanna Weiland. 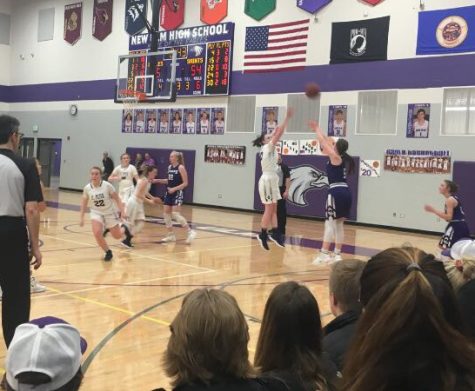 We were able to have a brief interview with the girls basketball coach, Brian Batt. After a great success against their rival team, the Saints, we asked how he felt going into their next game after how the girls played tonight. Coach Batt said, “It’s definitely gonna be a tricky game, we’re facing Waconia who is a 3A school.” With our girls basketball team already 15-3 at this point in the season, there are high hopes for an Eagles victory.

With every great team, small flaws are found somewhere along the line. When Mr. Batt was asked what these flaws were in his team he said, “Boxing out is a big thing I would like to focus on. Second would be communication between the players.” Working on these flaws could could make out for greater game play and the outcome of a better season overall. 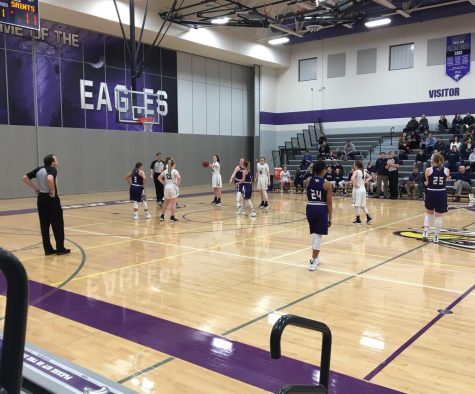 No matter how hard an athlete will play it is likely that their coach will always think that they can improve. Their coach will do their best to push them to do their best and then some. When the Eagles coach Mr. Batt was asked what he thought of his team this point in the season, he said, “I’m never satisfied, I always feel like we could be doing better. We’re 15-3 this point in the season so I’m happy where we’re at but we could always improve.” From one point of view this attitude might seem a little harsh but this attitude has helped the Eagles grow as a team.