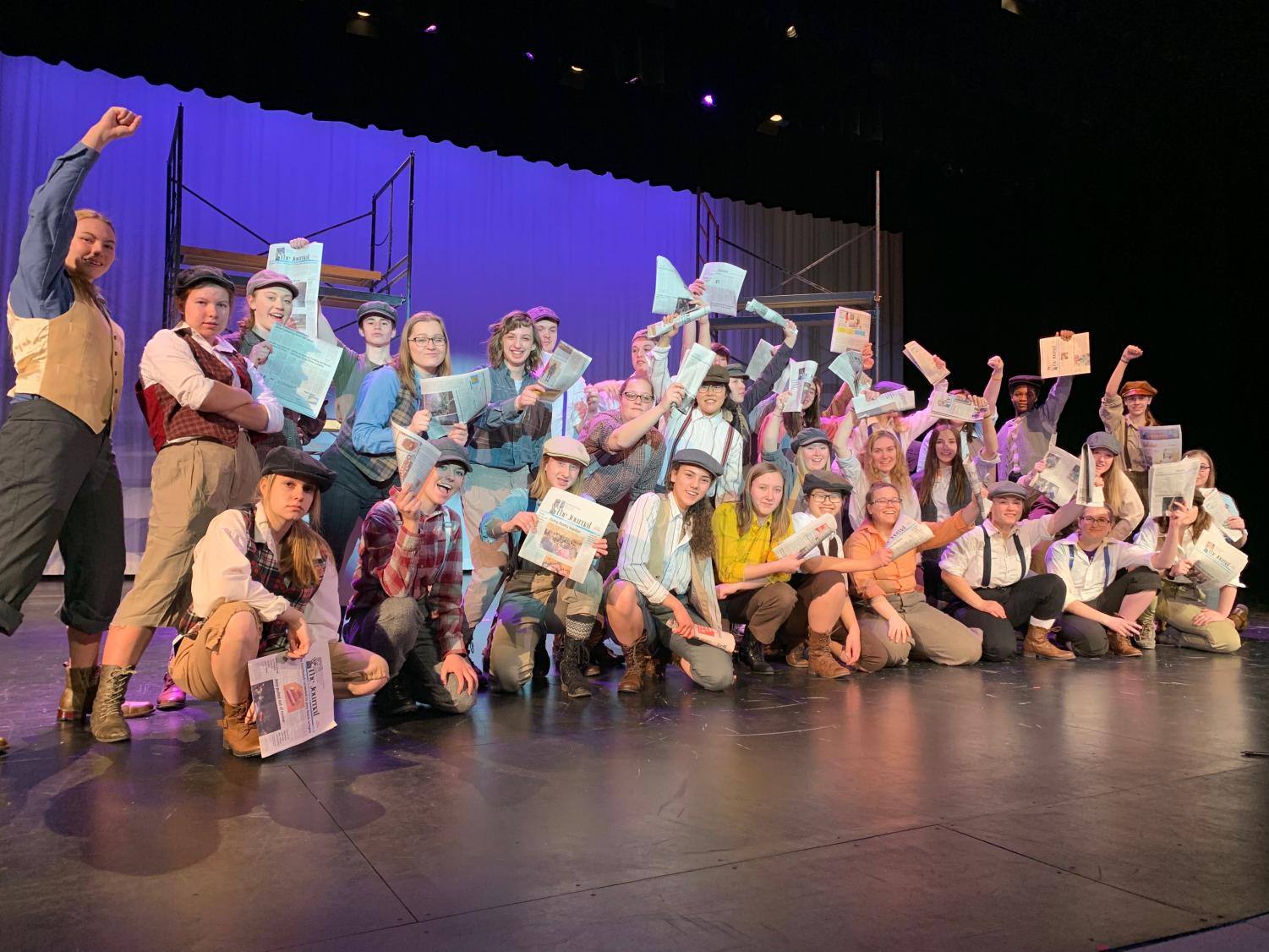 “In 1899, the streets of New York City echoed with the voices of Newsies. On every corner, you saw them carrying the banner. Bringing you the news for a penny a page. Poor orphans and runaways, the Newsies were a ragged army without a leader, until one day all that changed.”  -Newsies, Broadway musical.

This year the theater production and talented student actors are all coming together to help create a show that is sweeping across the nation, Newsies. The original Newsies was first a movie before it became a play. The movie was released in 1992 by Walt Disney Pictures. It was loosely based off the New York City Newsboys’ strike of 1899. This was the first live-action musical that Disney ever produced. It was later then brought to the Broadway stage and nominated for eight Tony awards, successfully winning two.

The chance to act in this play has been long awaited by high schoolers. Director Mrs Thursby said, “The students here at NUHS have always loved this musical. They watched it in middle school and know all the music. They have been asking us to produce this play for years but we haven’t been able to because the rights weren’t available. These rights recently became available so we bought them as soon as possible.”

Students are hard at work and very excited to act in this musical. Kaden Gilb, a senior acting in the play, said, “My favorite part about being in the musical is learning thing about the theater and meeting awesome new people.”

Besides needing willing and amazing actors to tell the story of the play, there is also a ton of work that happens behind closed curtains to assure that the musical is a hit. The theater production class works hard every week to assure that all the work behind closed curtains is completed for the musical. Students in this class will take turns in helping with these different roles, including helping with the actual performances. Thursby said, “Productions plays a large role! They create programs, social media accounts, posters, t-shirts, sets, light design, sound design, costumes, make-up and hair looks, etc. They have hands on all aspects of the production!”