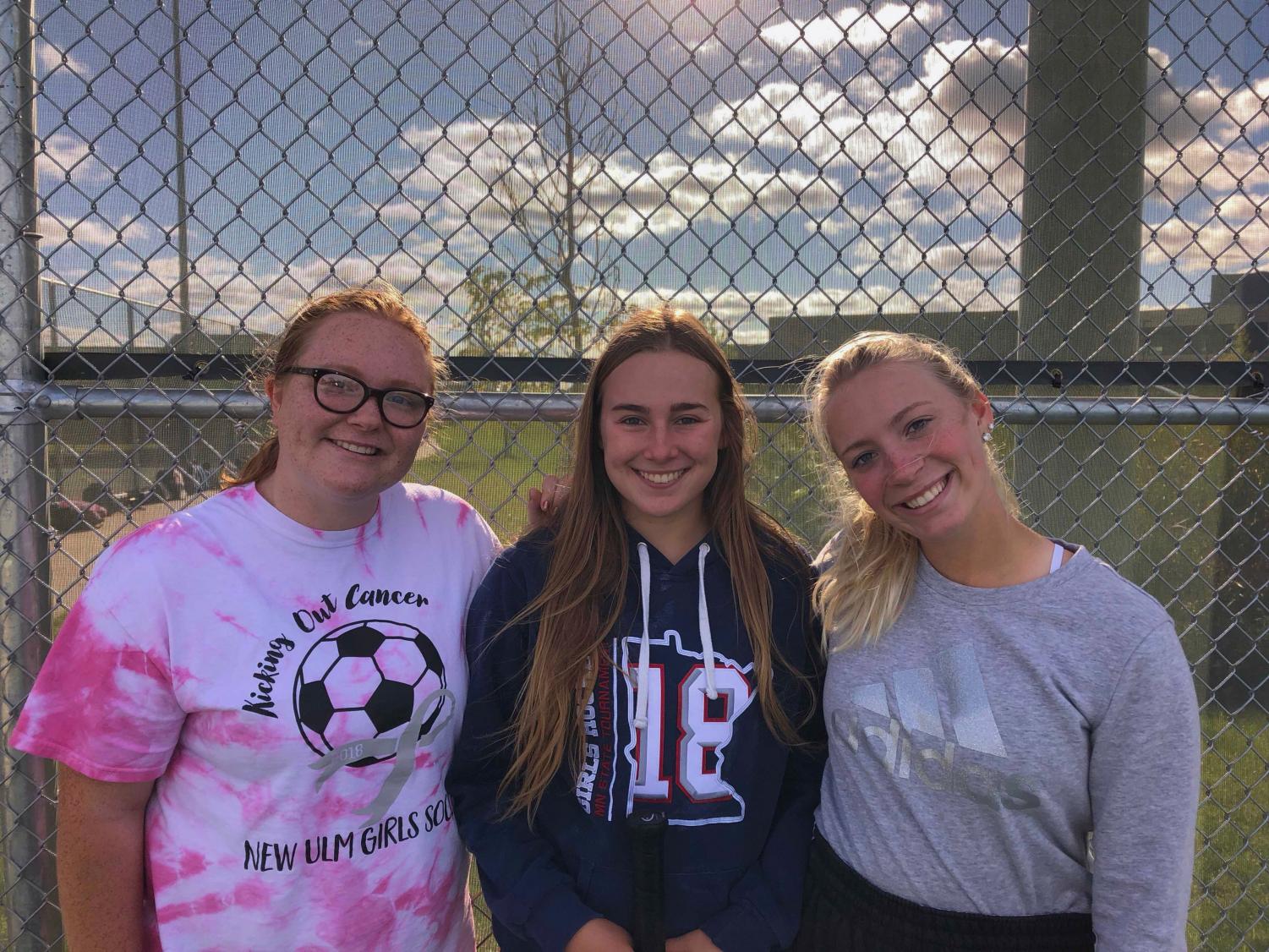 How the number of seniors in Girls' Tennis seemingly doubled overnight

Senior year is a year of stress, sleepless nights, and self-discovery. It is also a time for you to step out of your comfort zone and try something new, such as an after-school club or a sport before you are thrust into the “real world”. This, among other reasons, is why the number of Seniors on the Girls’ Tennis team has jumped from four to eight for the 2018-2019 fall season.

Experienced seniors include Abbey Frauenholtz, Emma Maudal, Hannah Blumhoefer, and Kellyn Emerson. All exceptional at their sport, these seniors are quite dedicated to tennis. For Emerson, it isn’t just the sport itself that fuels her love for tennis. “I like the group of people that are in tennis,” Emerson tells us. “I also like that it is a team sport but you have singles so it is an individual sport as well.”

This year these seniors are joined by some newcomers. Carli Botten, Ashtyn Wiltscheck, Jayden Pettersen, and Nori Ness have all decided to try their hand at tennis, showing up for practice and doing their best to improve every day. While they might not be headed for Wimbledon quite yet, they all show potential. When asked her reasoning for joining, Botten says, “I wanted to stay in shape and be a part of something new.” Wiltscheck and Ness share a similar reason. For Pettersen, who played soccer in the past, tennis is a nice change.

Luckily, these first-year players are being welcomed with open arms. “There is a fun dynamic to the team,” says Frauenholtz. “I think more people are coming to watch now that there are more people to watch,” she added. Everyone on the tennis team, from the 7th graders to the seniors, has had no problem making these new girls feel as though they are part of a family. While the season itself is only a couple months, the friendships formed during can last a lifetime. If you are interested in seeing these seniors and the rest of the team in action, click below!