Door number 2 was off limits due to the pole in the middle being installed upside down. 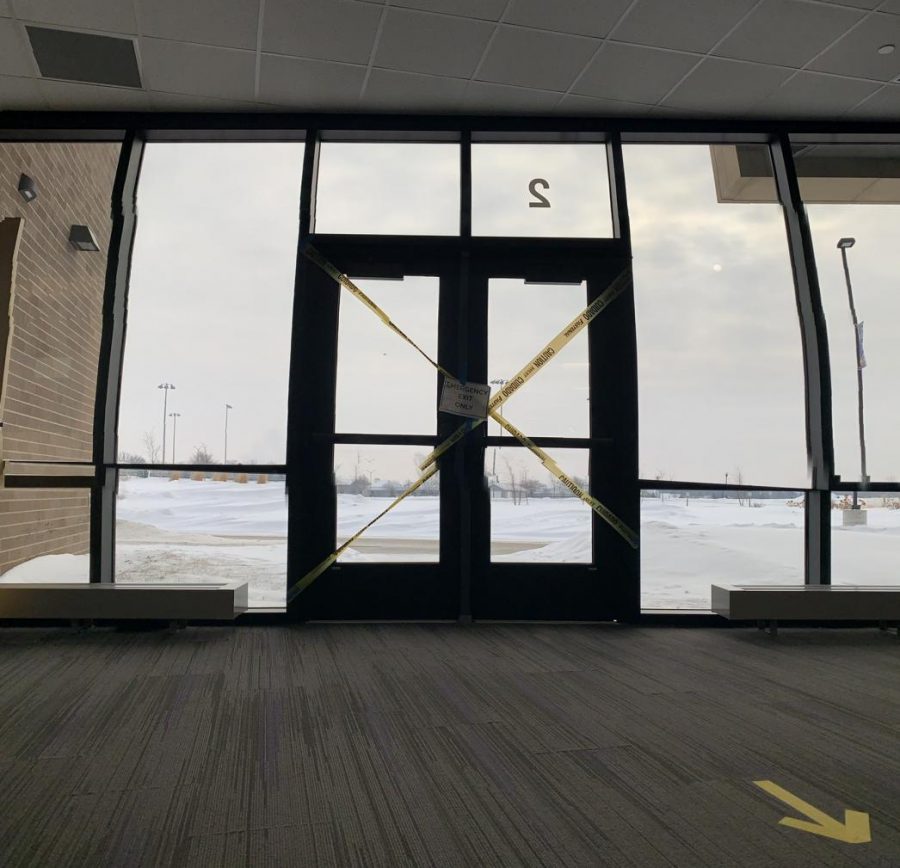 It was Monday, February 8th and there was Gavin Leaving Algebra 3 about to go out door 2 to go to lunch when suddenly he realized that the doors had tape on them and couldn’t be used. He then had to make the long journey to another door where he could exit the building. As he was making his way around he couldn’t help but wonder why it was blocked off. Many people speculated that it was due to covid and the school not wanting students going out those doors for some reason, but is that the truth?

Door 2 was closed because it was broken, not because of covid as many people thought, according to Sandy the janitor.  “The post in the middle of the doors was installed upside down when the school was built, which over time caused the doors to not close properly.” The doors were off-limits from February 8th to the 18th until they were fixed on Friday the 19th, and can be used once again.