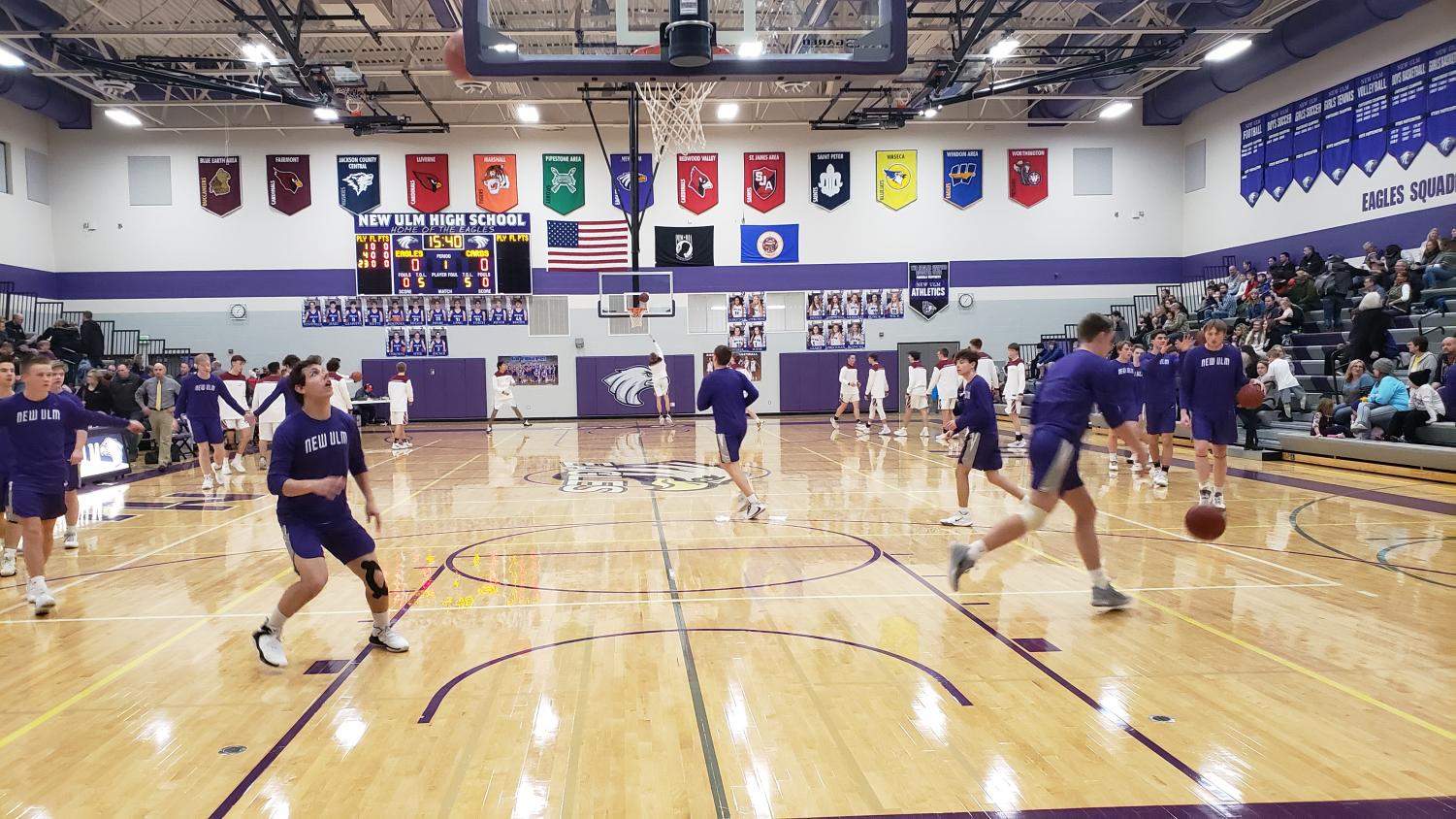 Warmups before the game (Anthony Gaylord)

Warmups before the game

Cardinals Sneak Past the Eagles on NUBBA Night

Friday night in New Ulm, the Eagles boys basketball team had another home game against Farimont to kick off the second half of the season. This home game wasn’t just any other regular home game. It just so happened to be NUBBA Night, where the kids that take part in NUBBA get to come and get autographs from the varsity squad and perform at halftime with the fans cheering them on.

We asked Carter Lang, a senior forward for the Eagles, about what has made NUBBA Night special for him throughout the years. “Well, when I was young, it was a great night to be on the floor,” he said. “And during halftime, being able to play in front of the fans getting a little bit of a taste of what the varsity guys got to feel. Now it’s a really fun night to help inspire all the younger grades and all the future Eagles.” Another memory Carter still holds onto from his time as a youngster was when the former Eagle Dalton Foley dunked in the game against St.Peter on NUBBA Night. He said that it was inspiring and made him push himself to get better throughout the years.

Now let’s get to the actual game that was played on Friday, Jan. 24 between the visiting Farimont Cardinals and our New Ulm Eagles. In the early going neither team let the other get comfortable with a lead with New Ulm answering nearly every made basket from Fairmont. This back and forth play resulted in a low score after 7 minutes, with Fairmont leading 10-5. After this, the next 5 minutes were jammed packed full of defense and very little offense on either side. There were 5 turnovers combined with New Ulm giving up 3 yet forcing Fairmont to give up 2 of their own. This trend continued until the end of the half with Fairmont up 26-14.

New Ulm came out blazing in the second half cutting down the lead to 5 with 13 minutes left to play in the half. This wasn’t just due to the offensive prowess that the Eagles had, but it was mainly due to the great defense that they put on the Cardinals causing multiple turnovers. The Fairmont coach had no other choice but to call a timeout to try and stop the bleeding and protect their now slim lead. This timeout, however, didn’t do anything to stop the Eagles and the steam they had generated as they captured the lead with a 3 from senior forward Sam Furth, putting the Eagles up 38-36. The remainder of the half was closely contested with neither team allowing the other to get more than a two-possession lead. With a made free throw from Josh Wenninger, the fans all but believed this game was over as New Ulm led 49-47 with 50 seconds left. However, Fairmont guard Carter Bell had something to say about that when with ice in his veins he drained a 3 right in Isaiah Miller’s face to win the game for Fairmont.

Even though the Eagles lost, in the end, the fans stuck around in the commons all waiting for the team to come out from the locker room to get a signed picture of the team. As the eagles walked into the commons they where applauded for the great game they just put on that got everyone in that gym believing that the Eagles where gonna win that game after being down 12 at the half. However, all of the players put on a smile for the kids as they conversed with them and signed their pictures. All this happens once every year on NUBBA Night as the organization tries to keep the younger generation of athletes inspired and hopefull for when they are on the Varsity squad. 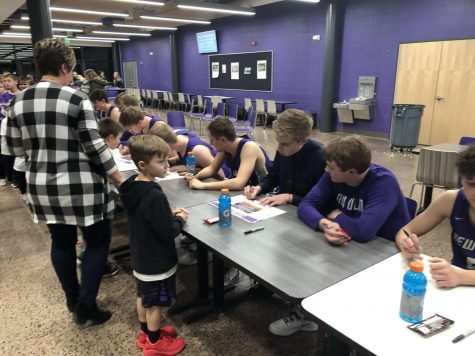