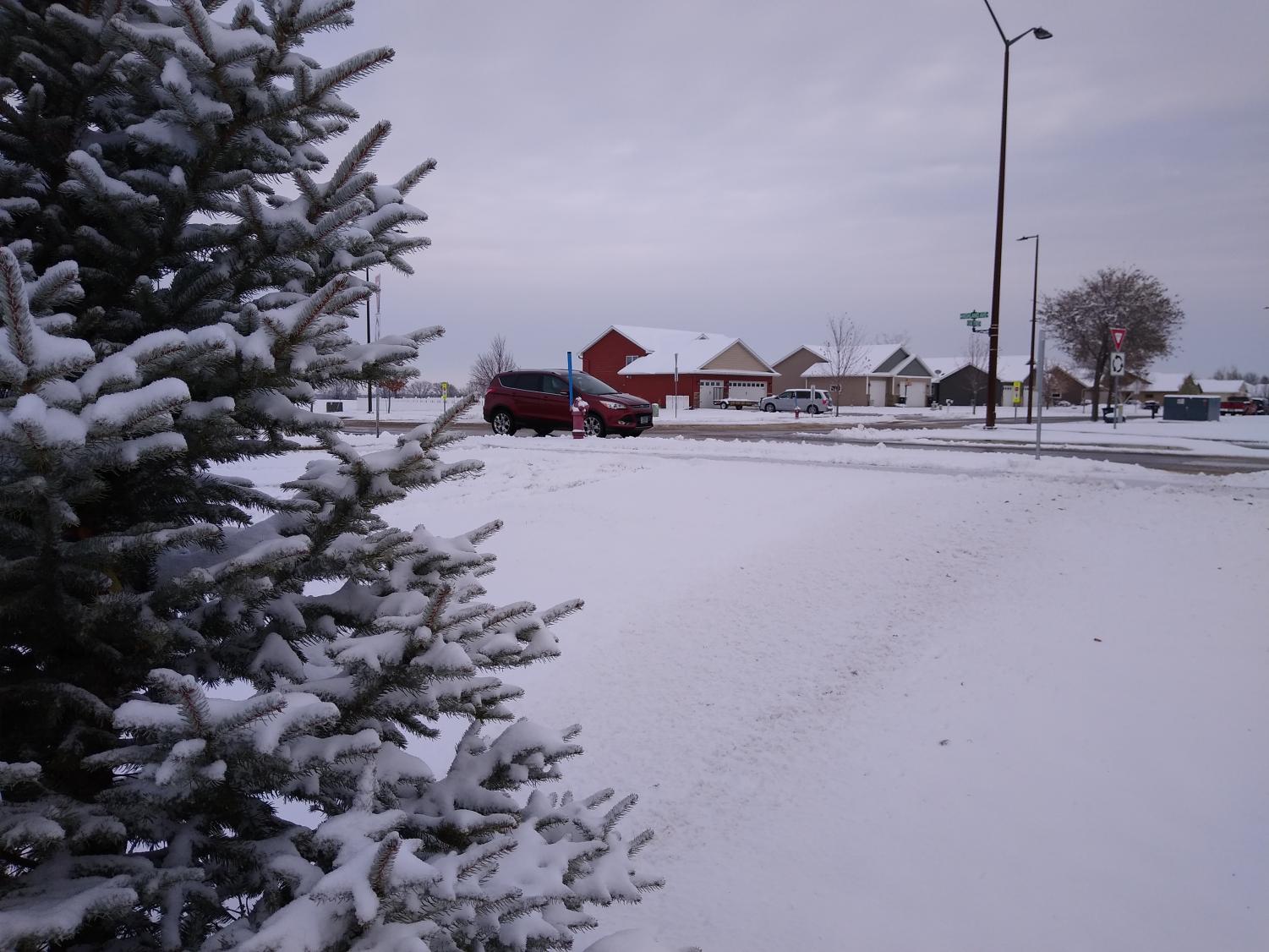 With snow already falling, and no break from frigid temperatures, winter has come early this year.

If you think it is colder than it should be, you are correct.

It has been unusually cold for Minnesota, at least for early November. The average high in a Minnesota November is around 50 degrees with a low of 35 degrees at the beginning of the month. While at the very end of the month, the highs are approximately 34 degrees, with a low of 21 degrees.

The temperatures that we are getting in New Ulm are on par with late November, early December already. And with cold weather, there is bound to be snow. 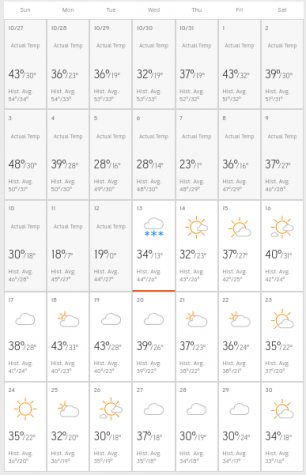 Snow has already fallen in several places in Southwestern Minnesota, and it doesn’t look to be going anywhere anytime soon. With only two days that will get above freezing and another day forecast to snow, the winter seems to have come early this year.

New Ulm had its first snowfall for fall, with three inches already. The only places in the state with more were Bloomington Prarie, Fairbault, and Owatonna.

Snow has already impacted many people on their commutes to school. “There were already a lot of people in the ditches on my way to school this morning,” senior NUHS student Josh Liebl said. The plows were also out already this year as well as trucks laying out sand, which can slow down commutes to school, primarily affecting those students who are running late.

Some students are all right with this weather and are excited to see the snow for the first time this fall. “I can’t wait to get out on the [ski] slopes again, especially this early,” one student said. While some love the snow, others aren’t too thrilled to see the winter weather arriving so soon. “I wish I just got more time to be outside in shorts and a t-shirt and play more soccer,” senior Josh Rakoczy said.

While the snow has already come, the cold that has followed has not only impacted people in New Ulm, but people as far as some southern states such as Arkansas, Mississippi, and even parts of Texas.

The coldest day so far was zero degrees Fahrenheit, with a high of nineteen degrees. For now, it has still been frigid, it just has not been that cold every day. With temperatures in the lower thirties, and rarely getting above freezing, it is still much more tolerable than close to zero.

Low forties to high thirties might seem cold to most people, but the weather that we are currently having might seem like a blast of warm air. It is all relative to what you are used to.

For everyone in New Ulm, we are just going to have to live with these temperatures until next summer. Minnesota decided to punish us this year.