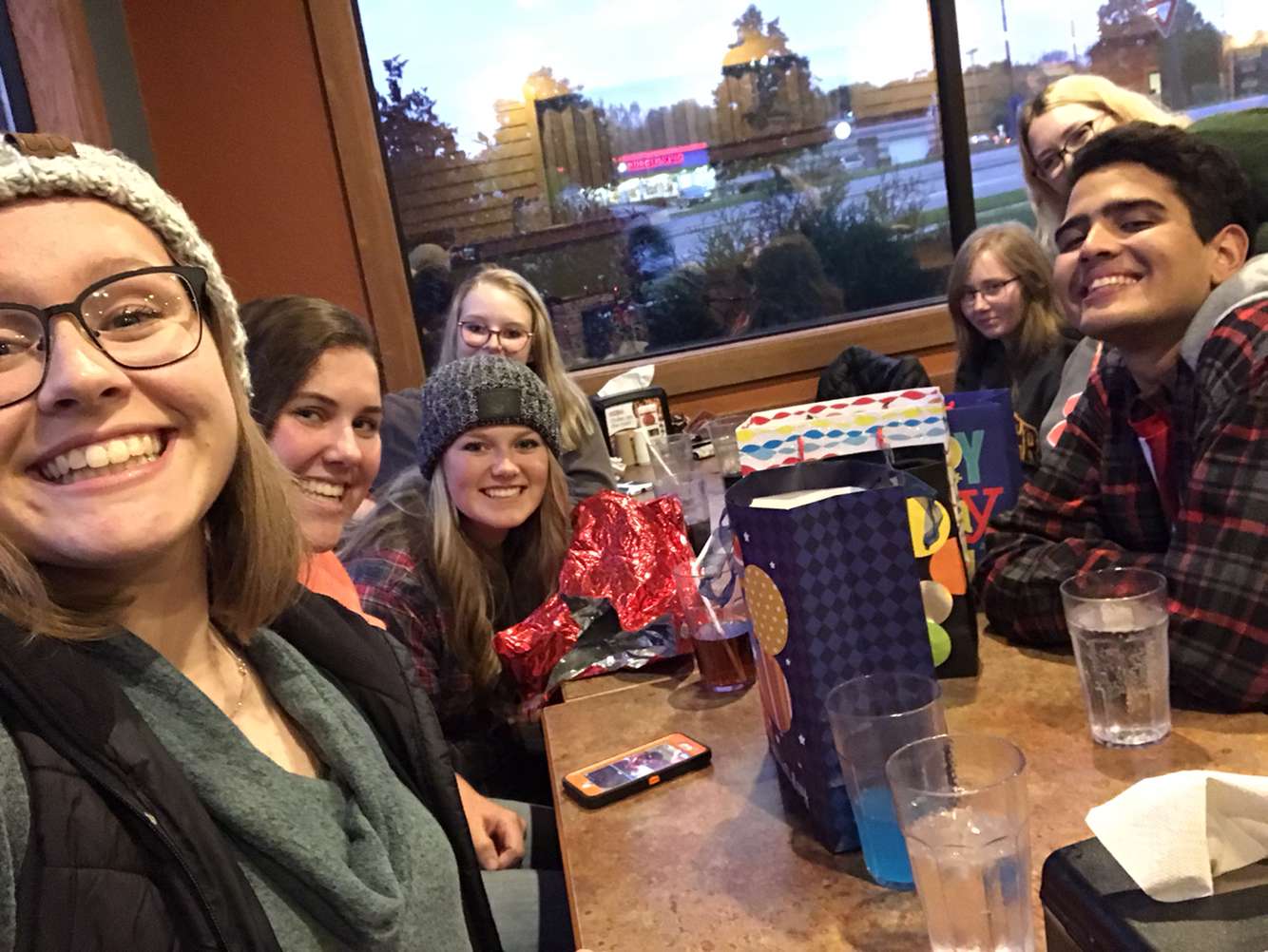 Exchange student Alexandre Vinicius Baracho Rodrigues has fulfilled his childhood dream. Many American children dream about their future careers or dream cars, while Alex has dreamed of coming to America since he was a young boy. Although Alex never even thought about the possibility of coming to Minnesota when he signed up for the program, it is turning out to be a great fit. He also claims to love the cold weather — not sure if he is ready for a Minnesota winter — and he is really excited about the snow.

Growing up in Praia Grande, São Paulo, futebol (soccer) is a very important part of the culture. “One of the first things a Brazilian boy earns is a ball to kick,” he said. Alex’s hometown has a nearby beach that he enjoys playing futebol on. Since coming to America it has been an ongoing struggle for Alex to convince people that there is no such thing as soccer, only futebol. In addition to futebol, Alex enjoys playing American football and basketball. This fall he played on the school’s American football team. Alex is excited about the upcoming basketball season because it is his favorite sport.

Alex had some mixed emotions when it came to food adjustments. One big difference for Alex is that Americans, unlike Brazilians, do not eat rice every day for lunch. Alex said, “I really miss the rice because I was so used to eating it every day.” When asked what his favorite food is, Alex said, “It’s not exactly a food but I think sour cream is the best thing I’ve tasted since I arrived.” His friends definitely agree. Senior Rebekah Jones said, “Alex is obsessed with sour cream. He eats it as often as possible, especially whenever it’s available at lunch. He puts sour cream on everything, including chicken sandwiches.”

Alex has also discovered some new restaurants that he likes, two of his favorites being Applebee’s and Buffalo Wild Wings. In addition to finding food and restaurants he likes, Alex has also encountered some foods he doesn’t like. When asked about this, Alex said, “Flaming hot Cheetos are definitely the worst.” Another food he doesn’t really like is the school’s spicy chicken sandwiches. Jones said, “Even though he doesn’t like them he still eats them, sometimes with sour cream.”

Now that Alex has accomplished his childhood dream, he is already making plans for his future. “My plans are getting into college and studying journalism,” he said. He hopes to attend MSU because he is loving Minnesota and the friends he has made. After college, he wants to be a Sports Journalist. Alex said that he wants to make the best out of this school year and make it the best experience of his teenage years.