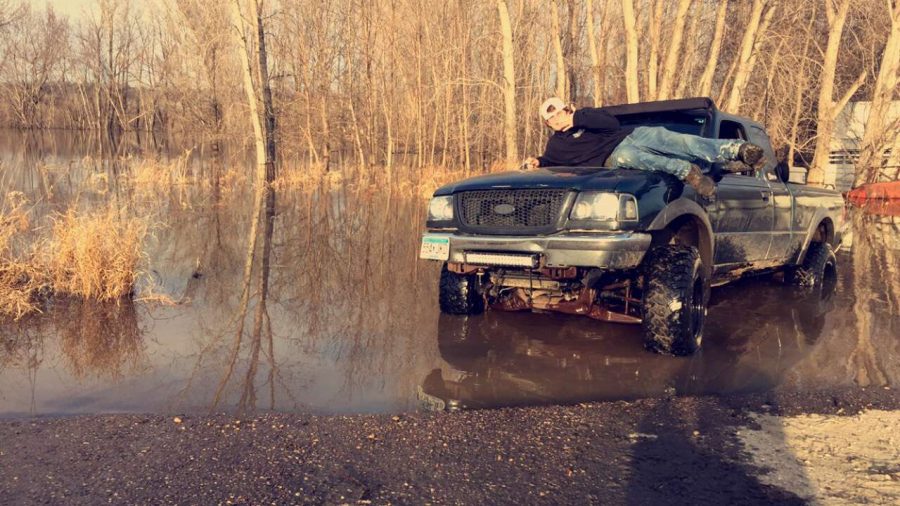 Imagine having one of the worst winters in Minnesota history. This past year, winter decided to hold off until mid-February when everything just let loose and it did not stop. It started off really cold. The end of January brought -36 temps, hitting us with the Polar Vortex. It lasted for an entire week. Schools were called off for four days that week! The weather rolled in with full force. We didn’t have full weeks of school for the first 7 weeks of the second semester. It really threw the teachers off on their schedules. After all this snow, now we are starting to get into the warmer months and the snow is rapidly melting causing flooding in the area.

With all this flooding around it has caused many delays in the community. Getting people to their jobs and students to school on time has been an issue. The Cottonwood River has doubled in size closing Cottonwood Street and blocking off access to town. The residents that live across that bridge have to drive all the way around to get into town going on Highway 15 and having to drive all the way across town. Now with the road closed by the Beussman Bridge, it takes students and adults even longer because there’s only one way into town.

The bridge by Hy Vee is also getting close to being covered with water, along with the road that leads to the bridge which would end up meaning that the students who live on that side of the bridge would have no way to get to school unless they drove all the way to Nicollet or maybe even Mankato.

Let’s hope that for the next few weeks we have no rain and that the temp stays right around freezing so that the snow will melt slowly and let these rivers go back down a little. Some businesses and houses on Front street are getting close to being covered by the river. Here’s to hoping that the river goes down soon and we can return to our normal life and let all our roads open back up.